We are such huge fans of Krispah, and over the course of his career, he has given us lots of good reasons to be. The talented muso is always putting in good work to rise higher. 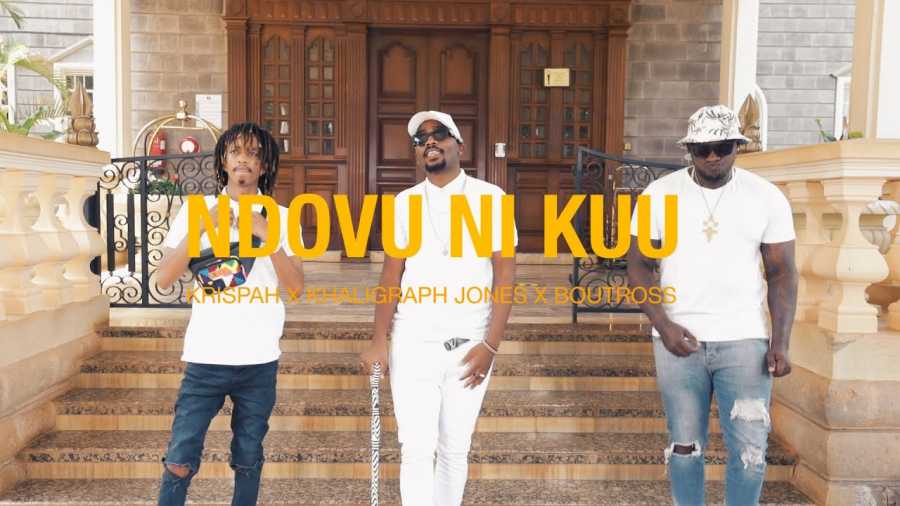 This time, he teams up with two other talented names in the Kenyan music industry, Khaligraph Jones & Boutross. Both artists are two of the most sort after artists on the scene. They have also had great runs on the scene. Together, they lend a hand to Krispah on his new song titled “Ndovu Ni Kuu”.

The song is perfectly produced and also, the delivery on it is quite impressive. You should check it out. Simply stream and download it below to listen. Also share your thoughts and opinions on it in the comments section.

Tags
Boutross Hip Hop Kenya Khaligraph Jones Krispah
John Jabulani Send an email 24 May 2021
Back to top button
Close
We use cookies on our website to give you the most relevant experience by remembering your preferences and repeat visits. By clicking “Accept All”, you consent to the use of ALL the cookies. However, you may visit "Cookie Settings" to provide a controlled consent.
Cookie SettingsAccept All
Manage Privacy