If you’re in the mood for some really great music, then this is most definitely the song for you. Langa Mavuso has made his fans very happy by dropping the much anticipated song and we couldn’t be any prouder than we are now.

The song is a single from his debut 11 tracked self named studio project. This will be coming as a follow up to his “Liminal Sketches Ep” released in 2016.

The crooner has announced that his upcoming debut album will be a 11-track self-titled offering … LANGA. Starting off with the lead single dropped today called “Love Lost”. Pre-orders for LANGA, the album are open now._
Phil Mphela Via Twitter

The song is about Langa’s first love, whom he fell in love with during music classes on a piano and shared many albums together, which led to him falling more in love with music. Langa has achieved massive strides. Langa Mavuso has broken major music ground with his vocal prowess, which he fully brought on the new song. A very soothing piece here. 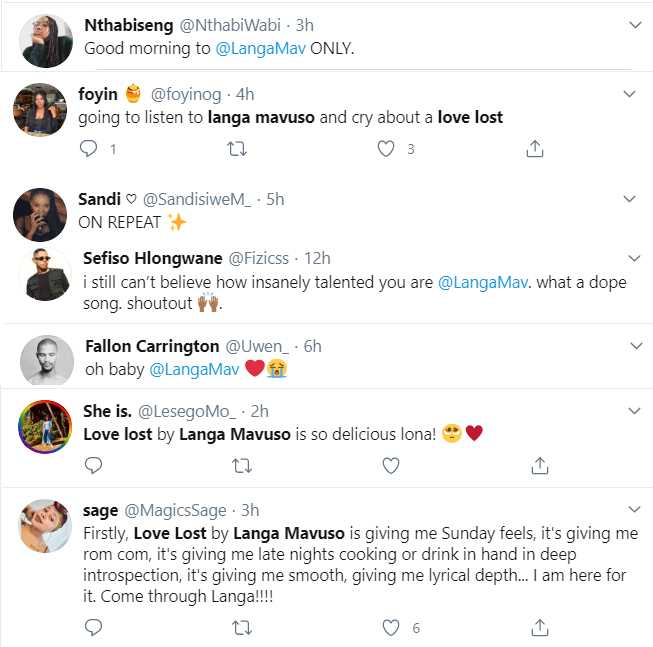 Tags
Langa Mavuso
Wuraola Salawu Send an email 29 May 2020
Back to top button
Close
We use cookies on our website to give you the most relevant experience by remembering your preferences and repeat visits. By clicking “Accept All”, you consent to the use of ALL the cookies. However, you may visit "Cookie Settings" to provide a controlled consent.
Cookie SettingsAccept All
Manage Privacy