Bhovamania is supposedly the title of AKA’s imminent album. Off that body of work, the SupaMega has already treated up to tracks like “Cross My Heart,” “Energy” and “Monuments.”

Well, AKA has got a promotional strategy for the album already: selling of the album branded merchandise. This should leave no one in doubt of his business acumen, especially after he complained about the ban on alcohol in South Africa. The songster holds a stake in Cruz Vodka’s AKA Watermelon flavour.

Well, the business must go on, and AKA has found a new strategy to secure the bag, where one was snapped from his hand by the government’s alcohol ban.

AKA announced the imminent coming of his #Bhovamania merchandise on his verified Twitter page. The announcement was laconic, totally without detail.

However, it appears someone who might be privy to the imminent unveiling of the merch had leaked some photos days before AKA’s Twitter announcement. AKA himself may have unveiled the merch subtly by wearing part of them, without informing the public. This some of his fans spotted and shared. See the photos below. 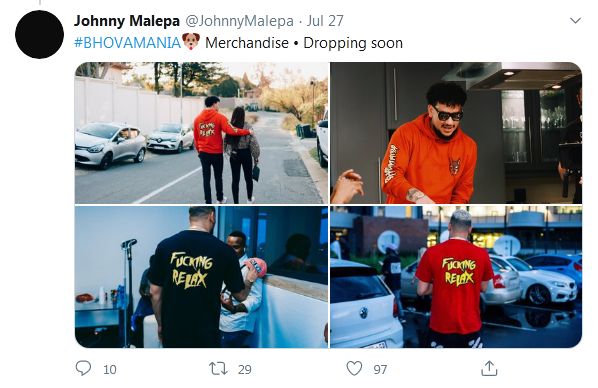 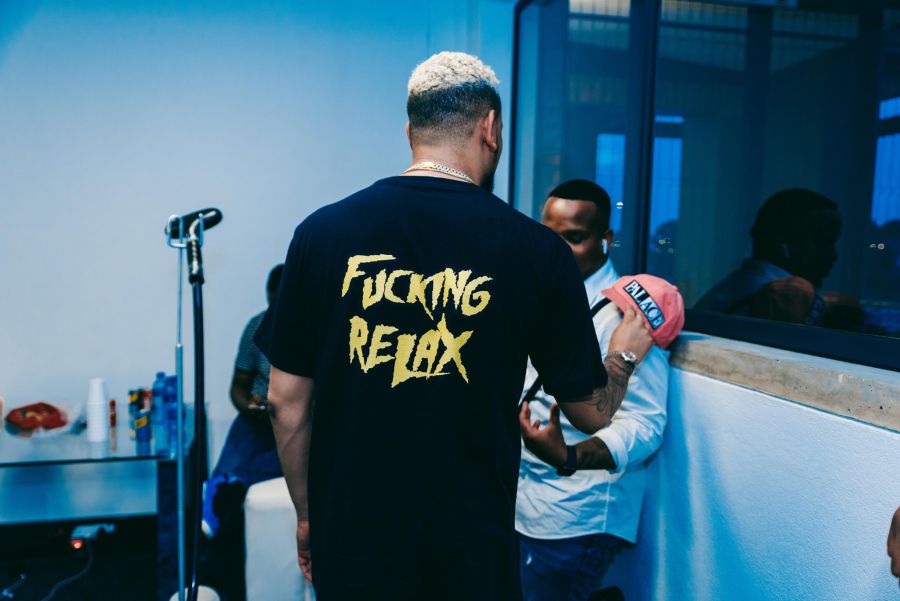 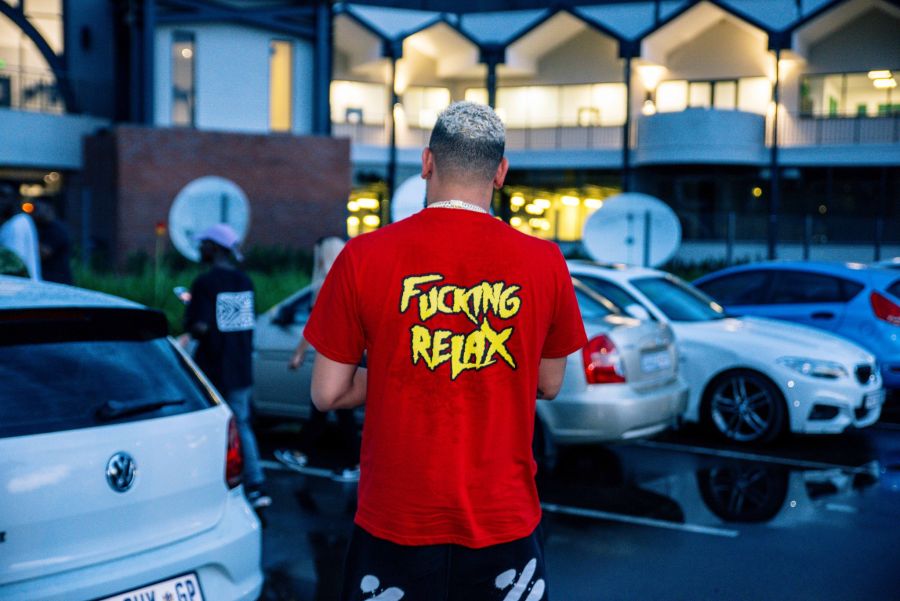 By the way, details about #Bhovamina might be accessed via the official website, which AKA created recently: bhovamania.com.

Are you ready for Bhovamania? Stay tuned, people!