Mzansi star and businesswoman Ayanda Ncwane was recently honoured at the Global African Awards. This is for her “Outstanding Achievements In Entertainment & Lifestyle”. Ayanda took to social media to show her gratitude for the recognition.

She called being recognized for all her hard work “humbling” and thanked everyone who has supported all her endeavours throughout the years. Ncwane is the CEO of Ncwane Communications, president of Africa Gospel Awards, a music executive, and a member of CAPPASSO. Her many accomplishments were listed to honour her.

Fans and fellow celebs took to the comments section to congratulate her on the win. But, of course, the general chorus was that she deserved all the recognition that she had gotten. Ayanda has won several awards for her work as a record label exec and her humanitarian endeavours. A big shout out to her. 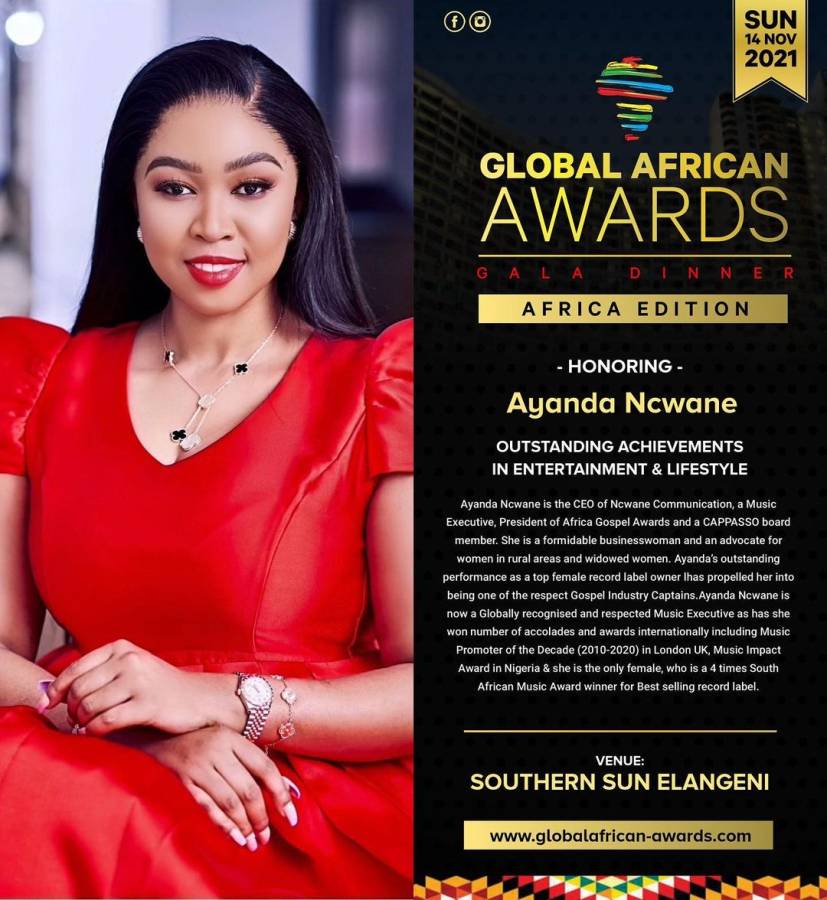 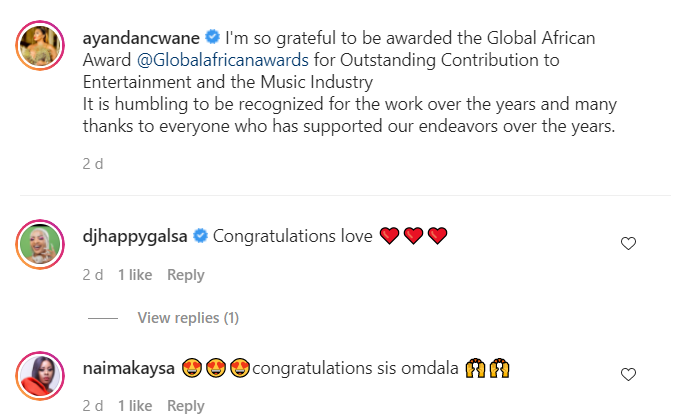 Tags
Ayanda Ncwane Global African Awards
John Jabulani Send an email 16 November 2021
Back to top button
Close
We use cookies on our website to give you the most relevant experience by remembering your preferences and repeat visits. By clicking “Accept All”, you consent to the use of ALL the cookies. However, you may visit "Cookie Settings" to provide a controlled consent.
Cookie SettingsAccept All
Manage Privacy