After a protracted battle with colon cancer, Black Panther star Chadwick Boseman has been confirmed dead. He died in his home, with his wife and family by his side, according to reports. He was aged 43.

His family announced his death in a recent statement, which was shared on Twitter using the late actor’s handle. The tweet has since been described by Twitter as the most liked tweet ever. The stats are as follows: over 3 million retweets and 6.4 million likes. 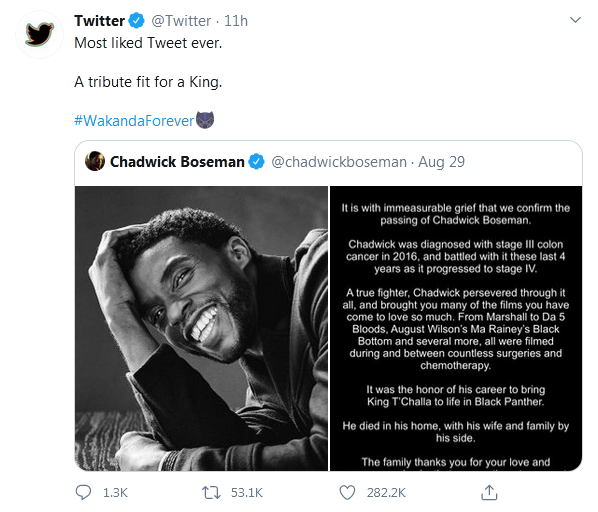 According to Chadwick Boseman’s family, hid death has brought them great grief. The songster was diagnosed with stage III colon cancer in 2016, which moved to stage IV in the last four years.

Amidst his cancer battles and countless chemotherapy sessions, the Chadwick Boseman managed to star in several movies, the most famous being Beyoncé’s Black Panther. In that flick, he magically brought the character King T’challa to life.

Today, as news of his death spreads across the world, it is mostly for his role in the soaraway flick that many are remembering him. He will be sorely missed for the acting skills and the many friendships he sparked with it.

A week before his death, Chadwick Boseman was said to have been working on a series on the battles to end racial segregation in United States schools in 1957. He is said to be the executive producer of the series alongside Seth MacFarlane.

The series tells the story of Carlotta Walls, who made history as one of the first of black students admitted in an all-white school in Arkansas.

By the way, if Chadwick Boseman were alive right now, he would most probably be supporting Joe Biden’s bid for the presidency, having earlier indicated his support for Biden’s running mate, Kamala Harris, a black woman. 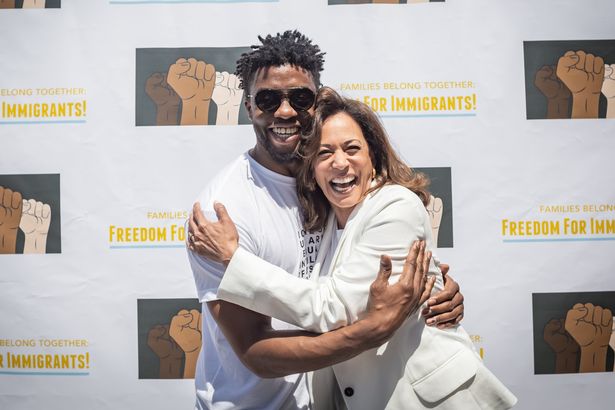 Got some kind words to share with the family? You’re welcome to drop them in the comment section below.

Tags
Chadwick Boseman
John Israel A Send an email 30 August 2020
Back to top button
Close
We use cookies on our website to give you the most relevant experience by remembering your preferences and repeat visits. By clicking “Accept All”, you consent to the use of ALL the cookies. However, you may visit "Cookie Settings" to provide a controlled consent.
Cookie SettingsAccept All
Manage Privacy