Priddy Ugly is certainly unimpressed by the savagery of black Twitter, a collective currently mocking his days on the come-up, when his then girlfriend now wife Bontle paid for his studio sessions.

It all began when a fan, who goes by the handle @Its_Khaya_, tweeted that Bontle paid for Priddy Ugly’s studio sessions when he was still broke, and even Kwesta, another South African musician, started dating his wife when he was a nobody.

The same fan added what he called a moral lesson: that ladies should build their men and hustle with them, regardless of their background and current situation. Apparently the peeps of black Twitter were unimpressed by the observations about Priddy Ugly. 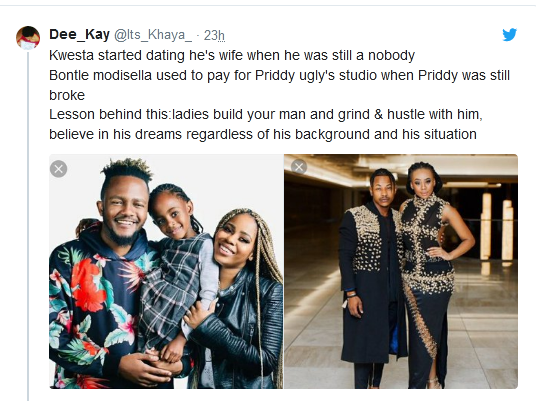 While they mostly left Kwesta alone, they zapped Priddy Ugly to shreds, describing him as an up-and-coming musician yet. A meme storm followed. A Twitter user who goes by the handle @saneleb16 countered that Priddy Ugly hasn’t made it yet, and Bontle is still maintaining him. Others maintained a similar position. 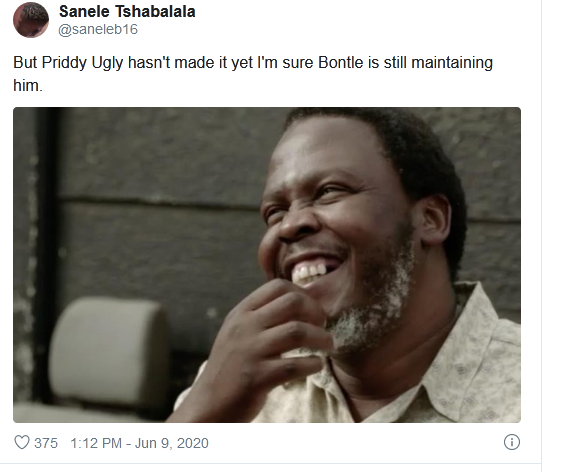 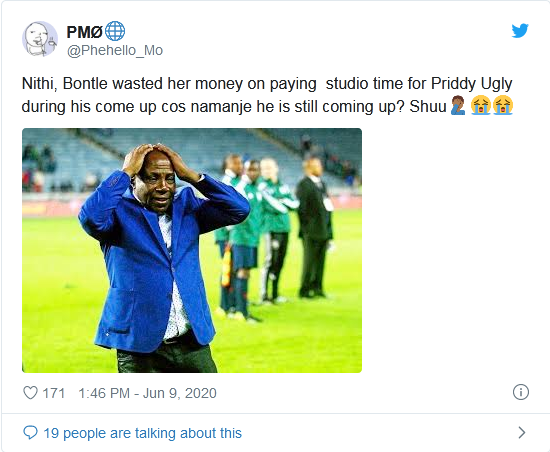 Priddy Ugly and Bontle, who recently shared a clip of their daughter’s birth, have not responded, and it is doubtful they would.

Who do you think of fans dragging Priddy Ugly over his career beginnings? You may share your thoughts with us in the comments.

Tags
Bontle Modiselle Priddy Ugly
John Israel A Send an email 10 June 2020
Back to top button
Close
We use cookies on our website to give you the most relevant experience by remembering your preferences and repeat visits. By clicking “Accept All”, you consent to the use of ALL the cookies. However, you may visit "Cookie Settings" to provide a controlled consent.
Cookie SettingsAccept All
Manage Privacy