Will there ever be an end to the drama in South Africa’s entertainment universe? We seriously doubt that. Afrotainment boss DJ Tira has been accused of sleeping with DJ Hlo.

The controversy started after the entertainer posted a status on Facebook. A fan had seen it and accused the singer of sleeping with the Ukhozi Song of the Year 2021 winner.

The fan also claimed that DJ Tira was also sleeping with the Qwabe Twins, who are both signed to his record label.

The claims infuriated DJ Tira and he threatened to beat up those who are falsely accusing him. 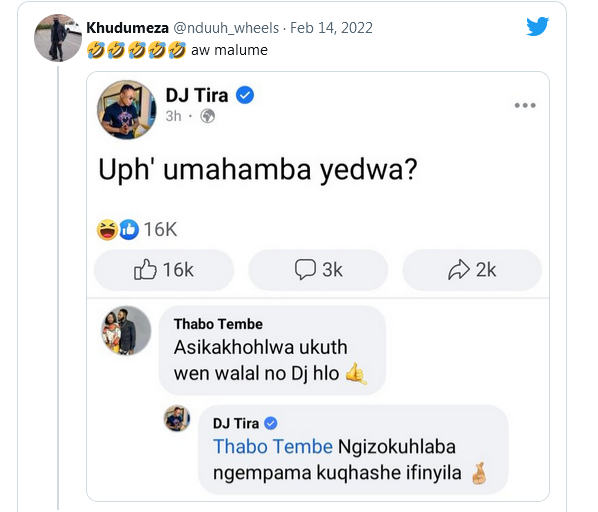 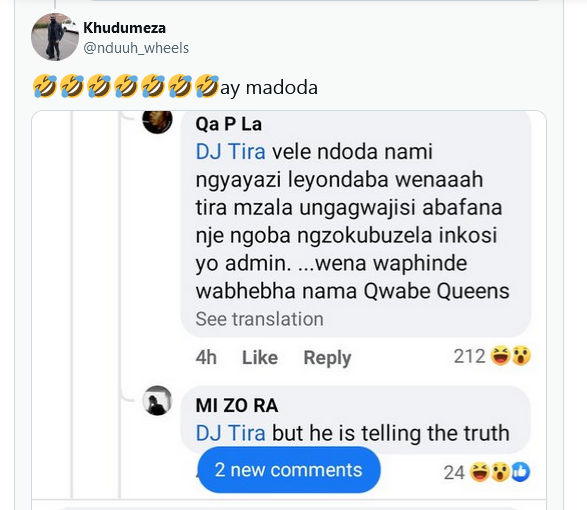 Of course, it cannot be seriously established that the Afrotainment boss is sleeping with the people he’s said to be sleeping with. In an industry that’s been bedeviled with marital controversies, DJ Tira is one muso who’s managed to stay clean.

By the way, DJ Hlo was earlier reported to be gearing to become the second label of a wealthy businessman to whose record label she’s signed. But she denied it outright, noting she’s single.

Also, last we checked, she’s yet to respond to the claims that DJ Tira is sleeping with her. It’s doubtful she would even respond. Stay tuned anyway.

Tags
DJ Tira
John Israel A Send an email 15 February 2022
Back to top button
Close
We use cookies on our website to give you the most relevant experience by remembering your preferences and repeat visits. By clicking “Accept All”, you consent to the use of ALL the cookies. However, you may visit "Cookie Settings" to provide a controlled consent.
Cookie SettingsAccept All
Manage Privacy