Afrotainment boss DJ Tira and his wife Gugu Khathi are in mourning, having just lost a “brother” and associate Mosa Momo Lloyd April.

Until his death, Mosa had a good time with the couple. He had popped up during some of the DJ Tira’s gigs and supported him his own way.

The cause of death has not been made known, but it is clear the couple is devastated by his passing. Gugu Khathi appears to be the most affected by Mosa’s death. She has been doing a daily remembrance post for him. The comments to her post indicates some of her fans are mourning with her

In one of Gugu Khathi’s posts, the real estate tycoon called Mosa a friend, describing his friendship as a blessing to her. She also made it clear she misses him. 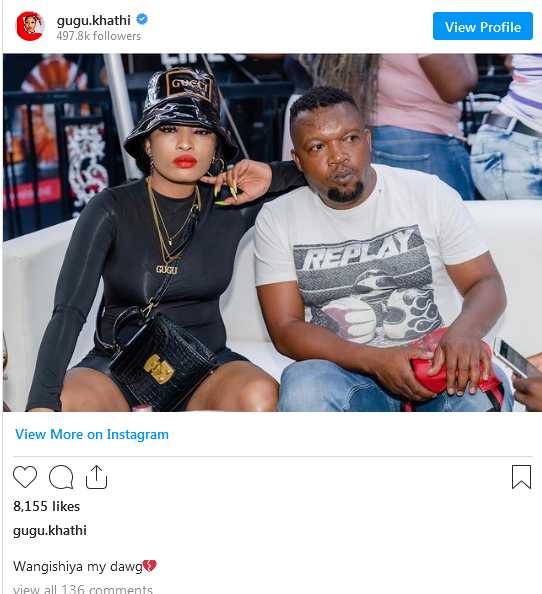 On his part, DJ Tira  made it known that he has lost a brother. Admitting tomorrow is never guaranteed, he prayed for God to be with Mosa’s family at this difficult time.

Well, what do you think of Mosa’s sudden passing? Got some kind words to share with his family? You’re welcome to drop them in the comment section below, if you please. Way to go!