What has “Elements” songstress Elaine been up to? Well, it appears like It’s a grand end to 2020 for Mzansi songstress Elaine. She had a great year in every sense of the word in spite of the pandemic.

It appears like Elaine is no longer your local champ but has got a fine international network that includes the Canadian rapper Drake. This much became obvious when she publicly shared photos of herself rocking Drake’s and Nike’s collaborative apparel line NOCTA.

The assumption among fans is that Drake gifted her the NOCTA jacket, having gifted another celebrated South African musician Black Coffee a similar outfit. However, Elaine has neither confirmed nor denied if indeed Drake gave her the apparel she rocked on her Twitter timeline. 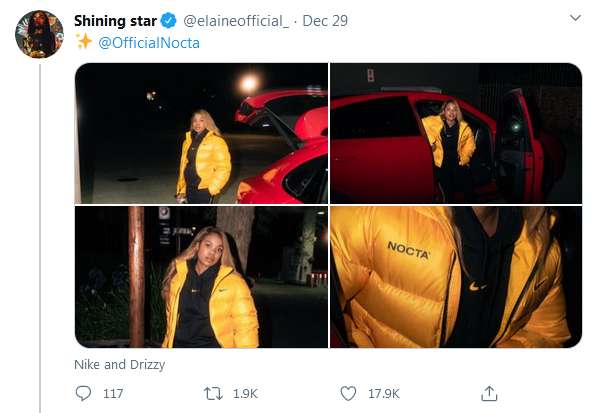 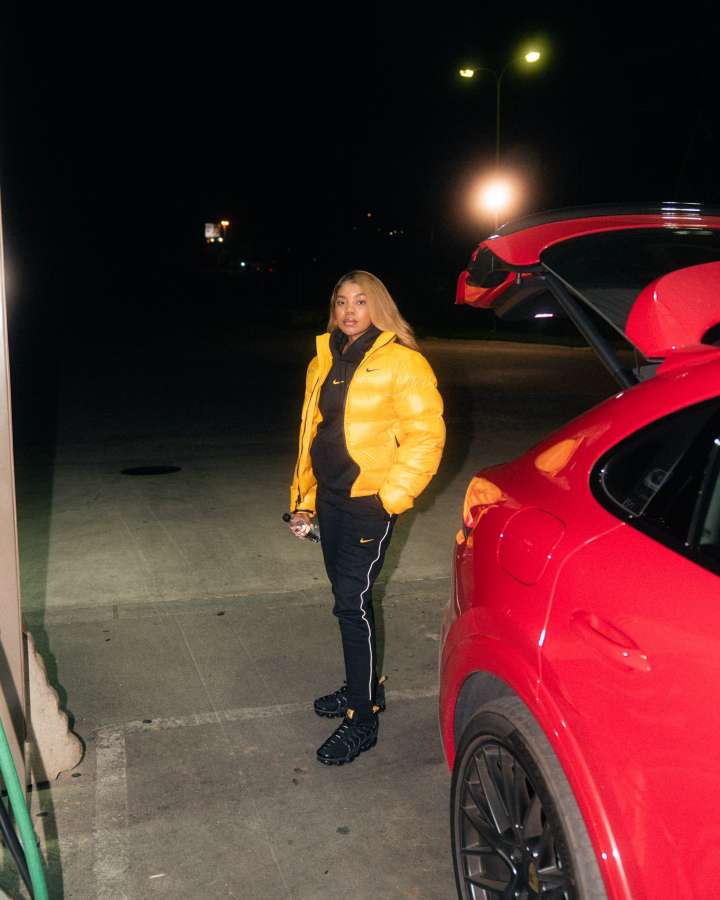 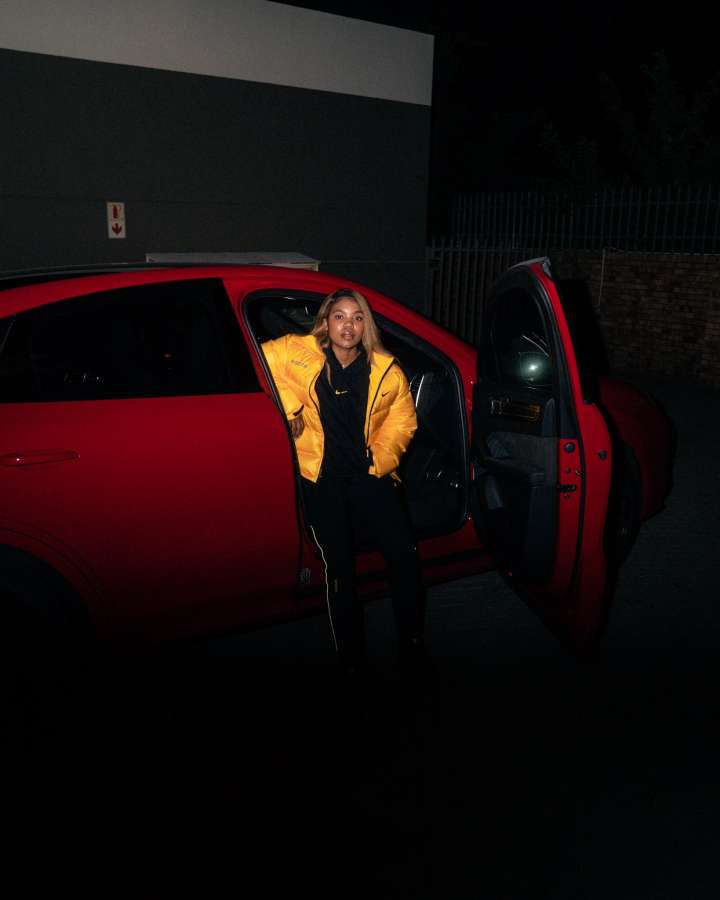 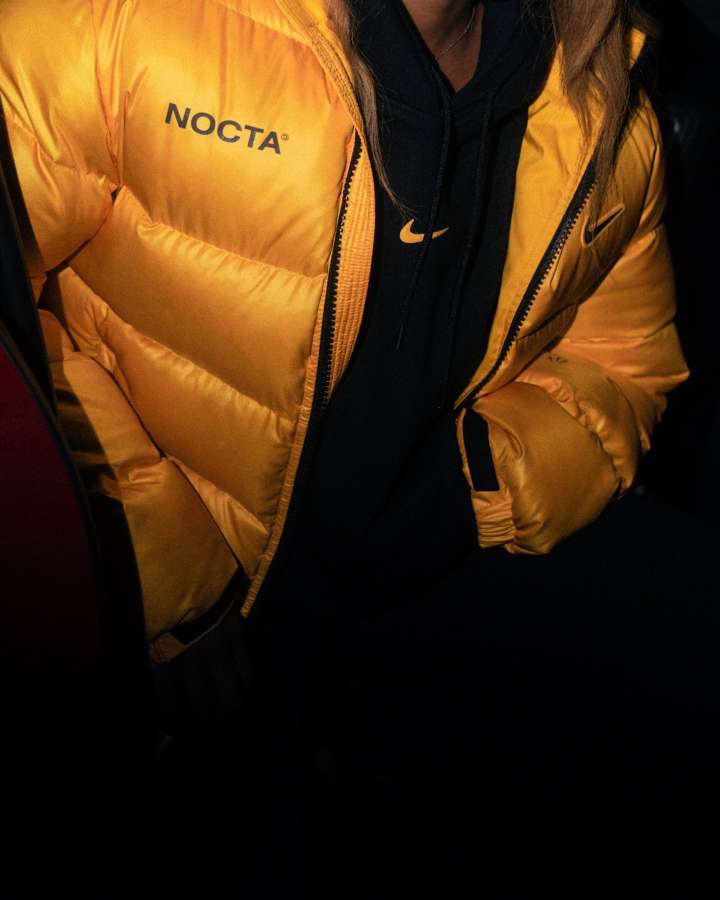 Some fans are even suggesting that Elaine and Drake have a song in the pipeline. While we cannot confirm this, we can authoritatively tell you that another South Africa musician, Rouge, is determined to nick a Drake feature and might fork out any amount to see that happen.

Well, do you think Elaine actually got a gift from the Canadian rapper? You might want to join the conversation by dropping your thoughts in the comment section below.

Tags
Elaine
John Israel A Send an email 31 December 2020
Back to top button
Close
We use cookies on our website to give you the most relevant experience by remembering your preferences and repeat visits. By clicking “Accept All”, you consent to the use of ALL the cookies. However, you may visit "Cookie Settings" to provide a controlled consent.
Cookie SettingsAccept All
Manage Privacy