By the way, the “Jerusalema” video has over 52 million YouTube reviews to date, making it the most viewed song yet by Master KG. The song failed to win a SAMA nomination, provoking outrage in South Africa.

At any rate, Master KG will be pleased in the knowledge the song is a hit in as far away as Switzerland, based on a recent revelation by respected DJ Black Coffee 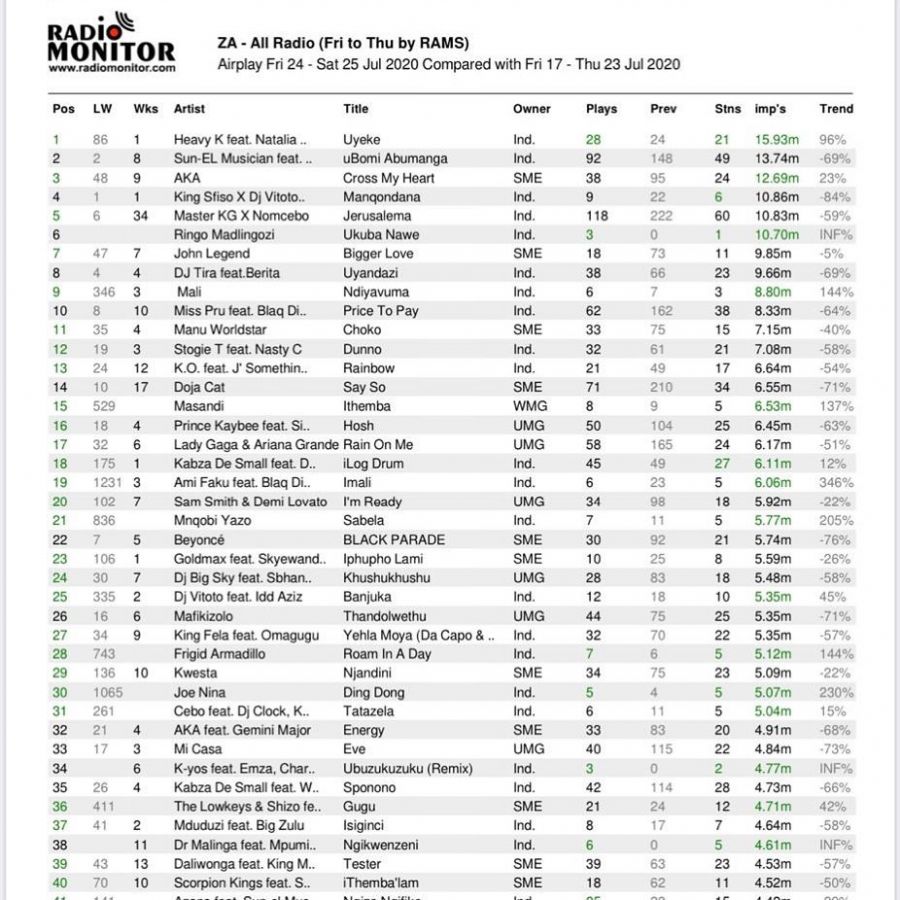