The sudden loss of Piano hit makers, Mpura and Killer Kau is a pill that the most of us have found hard to swallow. While everyone is trying their best to process, Mpura’s close friend, Lady Du seems to be having a hard time.

The talented DJ and singer has been very vocal about her pain since the news broke. We have seen her break down, and watched as she shared memories of their time as friends. She has also stated that they loved each other and siblings and fought as siblings too.

Both of them also created the jam “Umsebenzi Wethu”. While performing the song during a recent gig, Du reportedly passed out. She later took to Twitter to post an apology to her fans. She also revealed she will be taking time off to recover. 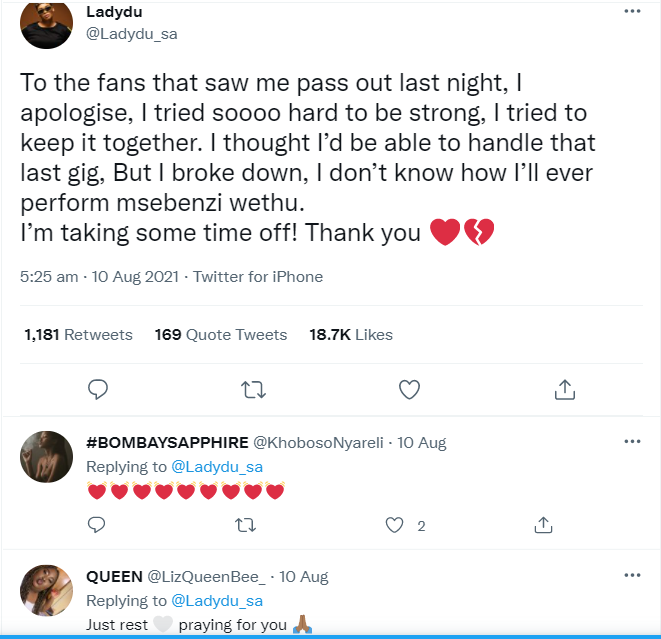