Mzansi muso Prince Kaybee has got his fans talking after he tweeted that he would want his cars crushed when he dies.

The songster made this known when a fan asked if he plans to keep all his cars at death. Prince Kaybee insists all the cars he owns must be crushed on the day of his funeral. It is unknown if he has already made arrangements for that given that no one knows the hour of death.

Prince Kaybee possesses several customised vehicles, including a G Wagon and a Mercedes Benz sedan. He is one of the big fans of the Mercedes brand and has often been in conflict with other brand nuts, including Naakmusiq, one of the obdurate lovers of BMW.

By the way, when fans expressed shock at the plan to destroy all his cars at death, he explained that kids must be taught to buy their own stuff and not to inherit it from their parents. He said parents should pass the knowledge of hard work to their kids and not the other way round. You can check out the conversation in the screenshots below. 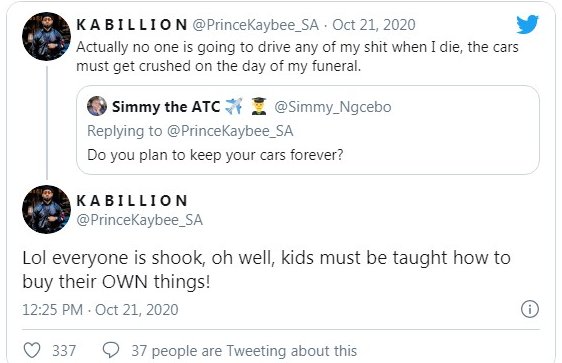 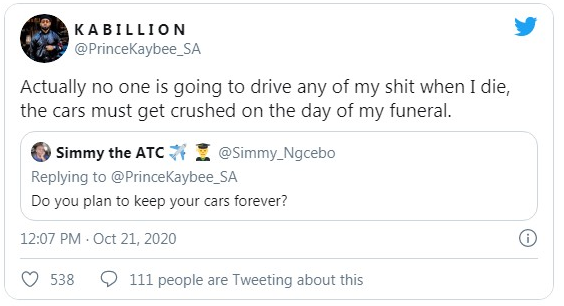 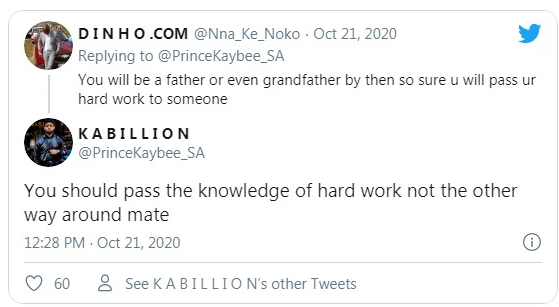 What’s your take on it? Let us know in the comment section.