South Africa’s Andile Mpisane will be an opening act for the Legends of the Streets Tour in the United States which will feature some American A-listers like Rick Ross and 2 Chainz.

Ordinarily, this should have been great news – and to Andile it is – but South Africans are incredulous about the choice of the Royal AM chairman as the opening act.

To the incredulous, Andile is a footballer and they have no clue about him making music. And as far as they are concerned, there’s no way he could have gotten that position on musical merit.

To these peeps, Andile Mpisane had merely paid (his mother is a wealthy businesswoman) to be featured as the opening act on the tour.

Andile Mpisane might not be known to many as a musician, but the songster is actually into music, of which the gqom genre appears to be his focus. He’d gone into music in order to get out of his mother’s shadow. Many see his mother as the one bankrolling his luxury lifestyle. 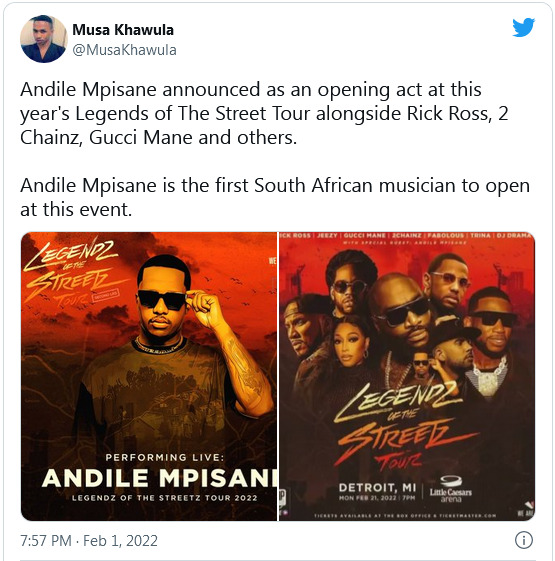 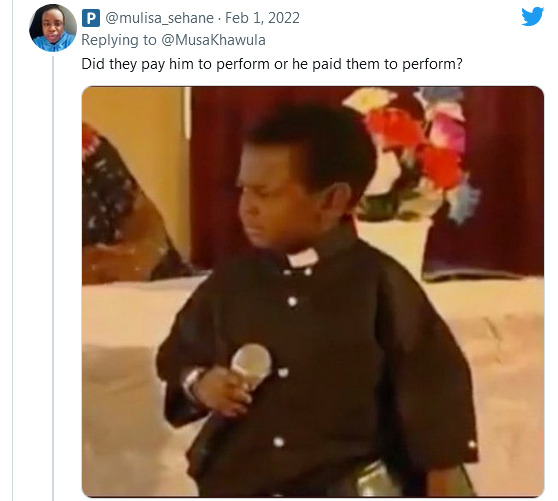 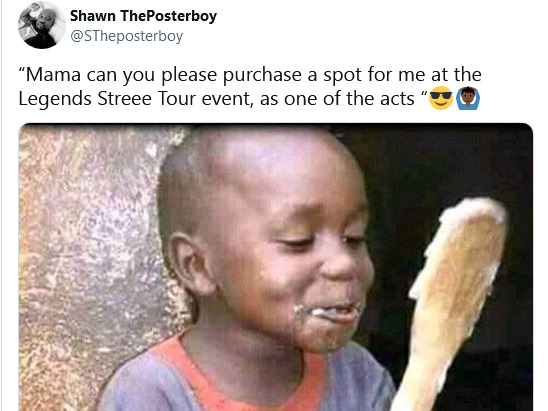 Andile is indifferent to the claims he got the gig on the strength of his mother’s wallet, though. He’s only excited about the imminent performance – and this he made clear in a post  to Instagram

Tags
Andile Mpisane
John Israel A Send an email 2 February 2022
Back to top button
Close
We use cookies on our website to give you the most relevant experience by remembering your preferences and repeat visits. By clicking “Accept All”, you consent to the use of ALL the cookies. However, you may visit "Cookie Settings" to provide a controlled consent.
Cookie SettingsAccept All
Manage Privacy