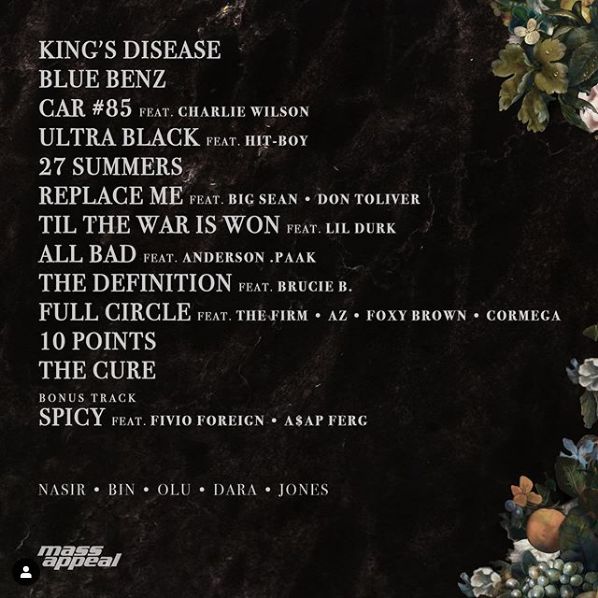 Quite an impressive list of guests, and we are looking forward to the body of work already. According to Nas, the new project drops on 21 August – exactly two days from now.

Already the American singer had treated fans to a single from the project, “Ultra Black,” which features Hit Boy (AKA Tony Fontana).

Will “King’s Disease” infect the world on release? If so, how serious would the infection be? Well, the coming days should reveal a lot. Stay tuned by following our social media channels and subscribing to our newsfeed, not forgetting to share your thoughts in the comment section, of course.

Tags
Nas
John Israel A Send an email 19 August 2020
Back to top button
Close
We use cookies on our website to give you the most relevant experience by remembering your preferences and repeat visits. By clicking “Accept All”, you consent to the use of ALL the cookies. However, you may visit "Cookie Settings" to provide a controlled consent.
Cookie SettingsAccept All
Manage Privacy