DJ Njeli has announced his debut studio album drops next Friday, 31 July 2020. He made the announcement via his Instagram page.

He revealed no title and no tracklist for the imminent body of work. But fans are already excited for what is to come, as should be apparent from the responses to the post.

Njelic has been on an upward climb since he manifested on the music scene in South Africa. His music journey from an obscure figure to a celebrated one has so pleased him that he acknowledged how far he had come in a recent Instagram post. 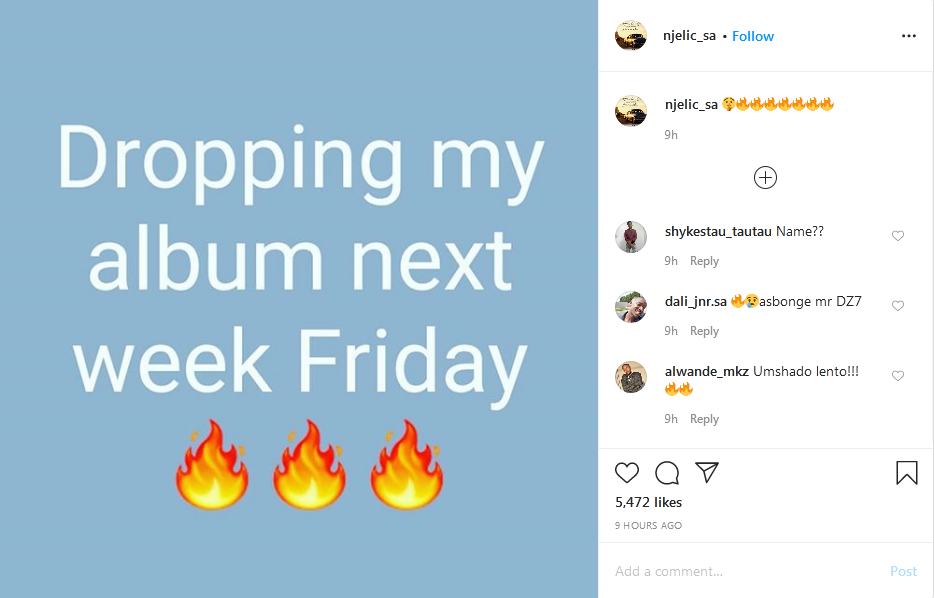 Njelic is known as much for the magic he creates on the decks and turntables as for the songs he drops now and then. Recently, he treated fans to “Garage FM Vol 48,” a sumptuous mix that is still of great appeal today.

He had followed that up with a feature appearance on amapiano champ Semi Tee’s “Stayla,” which also featured Kammu Dee. Now, he is looking to treat fans to a collection of his own. We can’t wait for next Friday.

Well, have you any expectations regarding the imminent body of work? You might wish to join the conversation by dropping your thoughts in the comment section below.