South African hip hop champ PRO, also called ProKid, may have been dead and buried, but his memory leaves. He left a legacy, after all.

In the world of South African music, PRO’s influence is still being felt, as artistes he had mentored recollect memories of him and do what they can to keep his memory alive. Proverb, who is currently pursuing legal studies at the University of Cape Town, is the latest making moves to honour Pro.

It’s been many years since PRO released his album “Dankie San,” but the impact of that body of work is still being felt in the music industry. In fact, Proverb has announced plans to memorialize that body of work with a documentary titled “The Kasi Rap Bible.”

According to Proverb, the documentary provides a glimpse into the making of the “Dankie San” album as well as glimpses into PRO’s life.

Some of the music industry’s top figures, including AKA, Kwesta, Ntsiki Mazwai and DJ Sbu featured in the documentary as well.

Check out the post announcing the documentary and join the conversation by dropping your thoughts in the comment section. 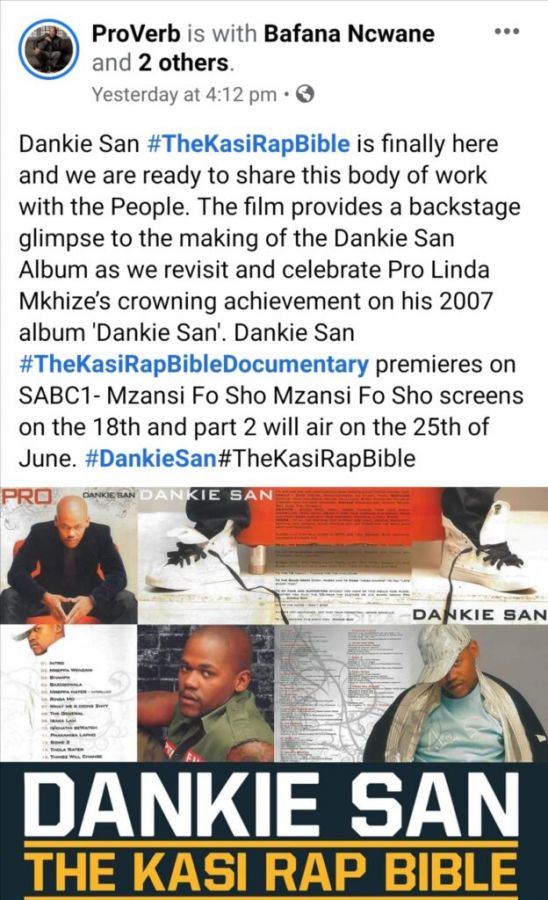