Scoop Makhathini lists AKA, Cassper Nyovest and more among rappers he believes should stop rapping.

There goes another media personality sharing their thoughts and causing a ruckus again. This time, Scoop Makhathini has opened up about the current state of SA Hip Hop and listing rappers should take a break from releasing music.

Appearing in a recently release clip, Scoop stated that some of the new cats in the game have more better things to say than the old ones. His exact words were that there are new Hip Hop artists making much better music in Mzansi right now.

According to him, AKA, Cassper and Kwesta need to take a year off the scene because they have nothing new to say, and no new way of saying whatever they have to.

His thoughts caused a lot of backlash on Twitter with many calling him out for disrespecting their faves. Some stated that artists do not have to take breaks except the fans stopped buying their music. AKA, Cassper Nyovest & Kwesta did not take the criticism likely as they have responded via their Twitter account, see their response below: 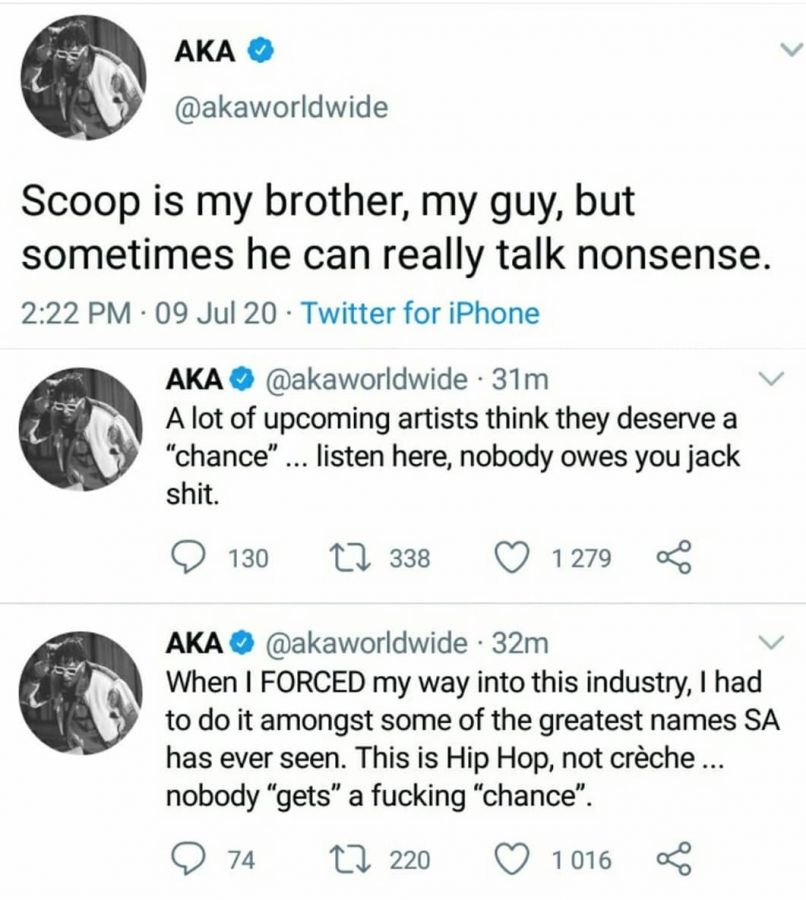 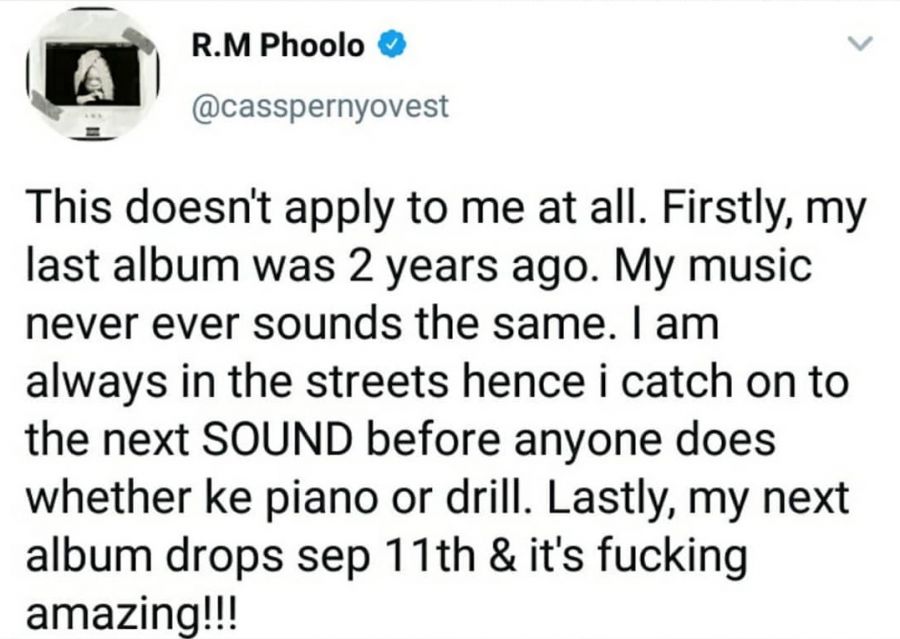 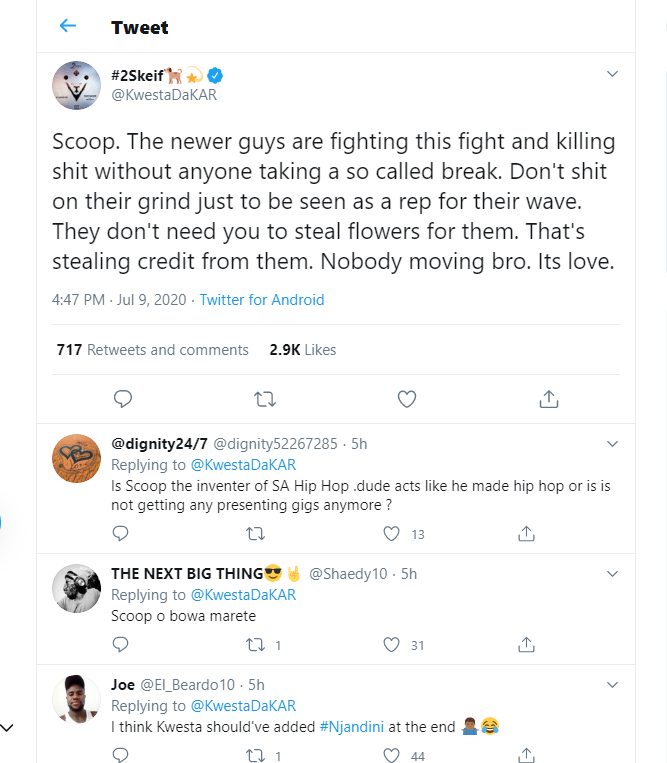 Tags
AKA Cassper Nyovest Kwesta Scoop Makhathini
John Jabulani Send an email 9 July 2020
Back to top button
Close
We use cookies on our website to give you the most relevant experience by remembering your preferences and repeat visits. By clicking “Accept All”, you consent to the use of ALL the cookies. However, you may visit "Cookie Settings" to provide a controlled consent.
Cookie SettingsAccept All
Manage Privacy