Death is something no one wants to experience. But then death is inevitable, and this reality hits hard. South African actress and media personality Kuli Roberts is dead, and many fans and celebrities have trouble processing her passing.

Tributes have been pouring across the Rainbow Nation since the news of her death hit social media.

Among those that have paid tributes to her memory are “Job Woods” rapper Gigi Lamayne, the South African Broadcasting Corporation (SABC), Minnie Dlamini, and Marc Lottering.

Gigi Lamayne shared her last pic with the deceased in her tribute, noting she’ll always miss Kuli. Although she might be gone, Gigi Lamayne believes Kuli’s memory will not leave because the actress had an electrifying personality.

For her part, Minnie Dlamini detailed Khuli Roberts’ many offices, noting the late actress was a force of nature, an icon, incomparable. You can check out other tributes below. 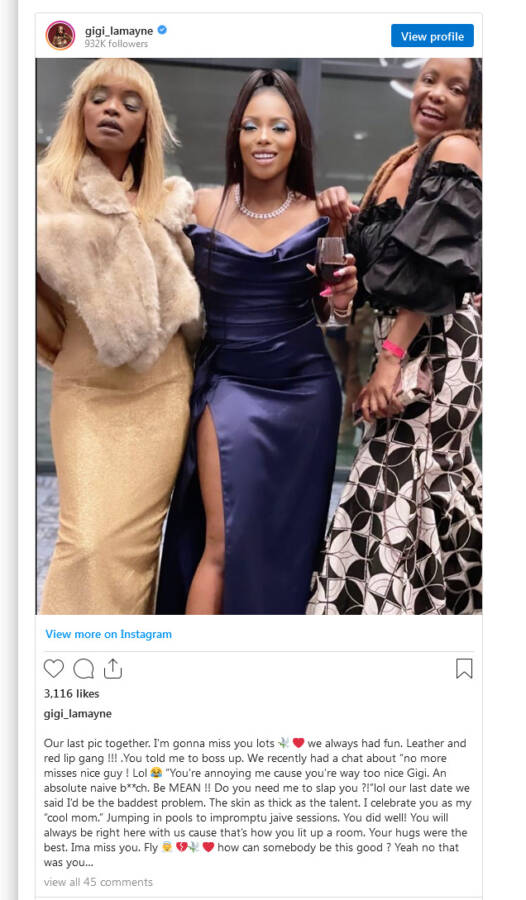 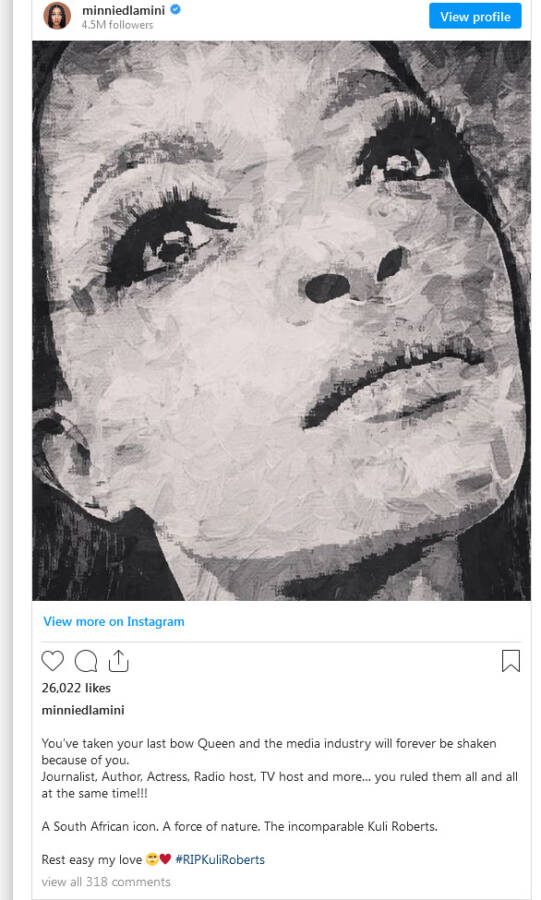 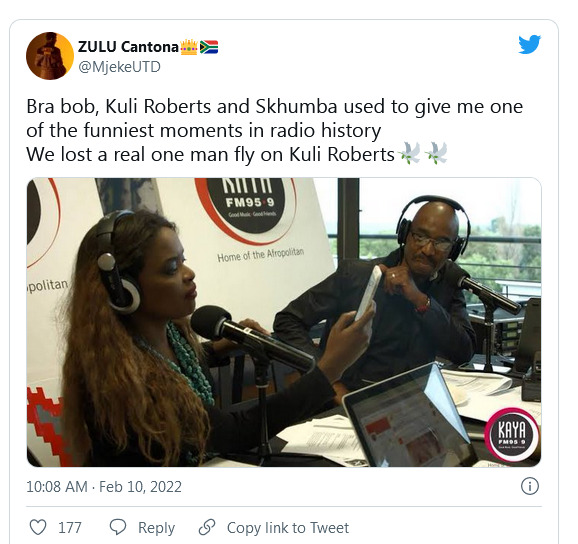 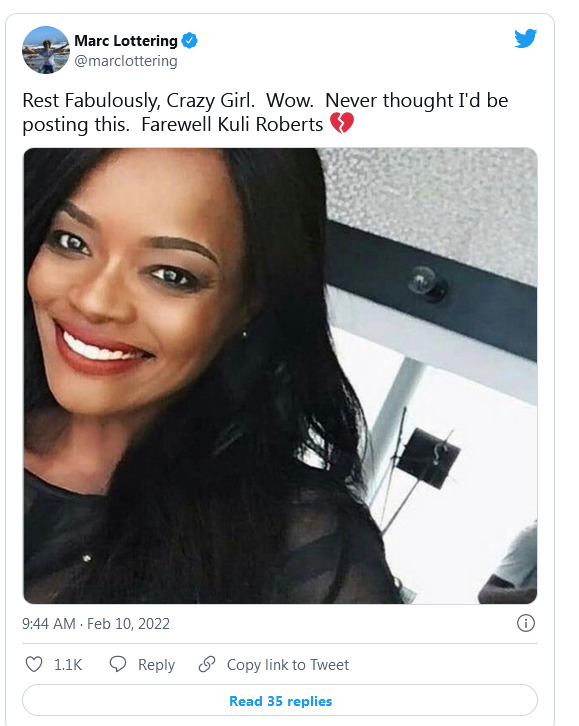 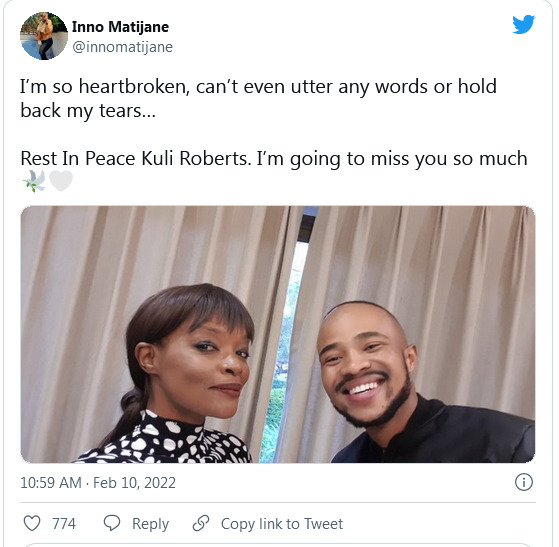 By the way, back in May 2021, rumours of Kuli Robert’s death had gone viral. But she popped online to rubbish the claim that she was dead. 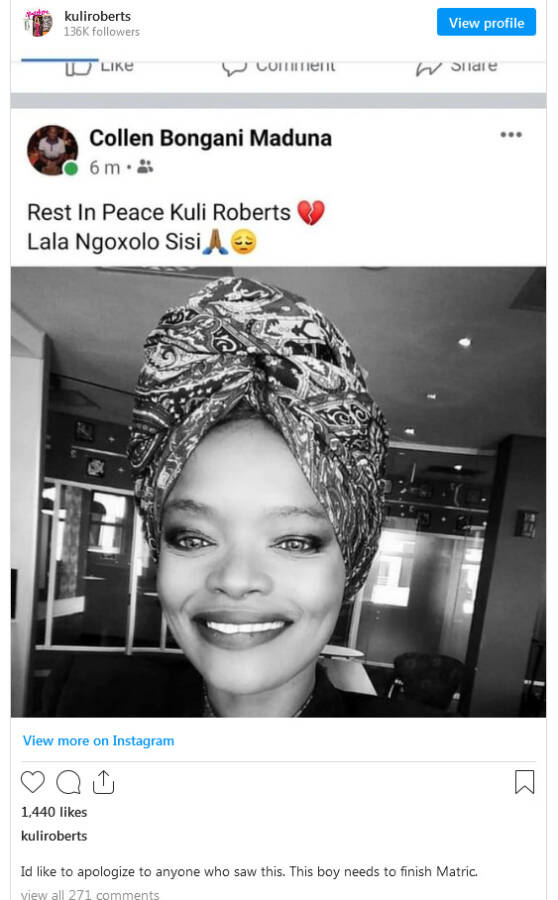 Now, sadly, she’s no more. Her family has already issued a statement confirming her death. She was 49 at the time of her passing. 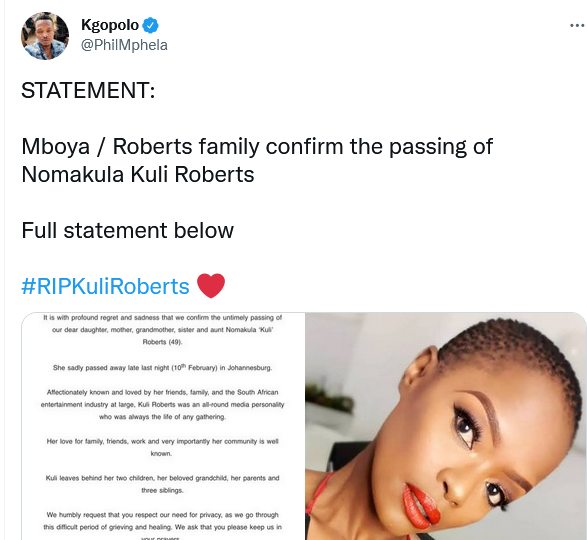 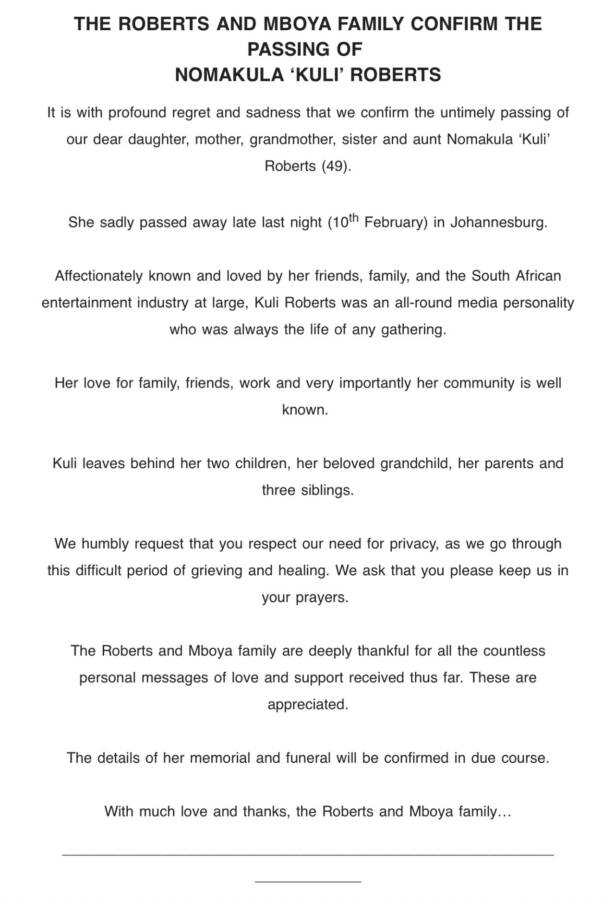 Tags
Kuli Roberts
John Israel A Send an email 11 February 2022
Back to top button
Close
We use cookies on our website to give you the most relevant experience by remembering your preferences and repeat visits. By clicking “Accept All”, you consent to the use of ALL the cookies. However, you may visit "Cookie Settings" to provide a controlled consent.
Cookie SettingsAccept All
Manage Privacy