A day after Father’s Day, Cassper Nyovest surprised South Africa’s hip hop horizon when he  shared the news that he was having a baby with girlfriend Thobeka Majozi.

He shared the sonogram of his son and said he would be around any minute from now. He is also dedicating an album to the child, titled “Any Minute from Now” (AMN).

Expectedly, fans of the hip hop artiste have been curious about the Thobeka Majozi. Who is she? Has long has she dated Cassper Nyovest? What does she do? Questions. Questions. Questions. In this post, we will bring you all we know about her. So get ready for an interesting journey.

Thobeka Majozi is an Instagram content creator, known as much for her fashion sense as for posts on the subject. Her Instagram handle is @bexxdoesitbetter and she currently has 142k followers. At 28 years, she is a year younger than her boyfriend Cassper Nyovest.

Apparently she has achieved old posts on her Instagram page, retaining just the cover art of Cassper Nyovest’s imminent album, which bears the sonogram of her son. The aim, apparently, is to have her fans focus on her child, which, if Cassper Nyovests words are to be taken on face value, will be delivered “Any Moment From Now.”

The response to her post was massive. At the moment it has over 40k likes. In the post, she had admonished her son to look inside himself and take his place in the circle of life. He also called him simba, which translates to “lion” from the Swahili. 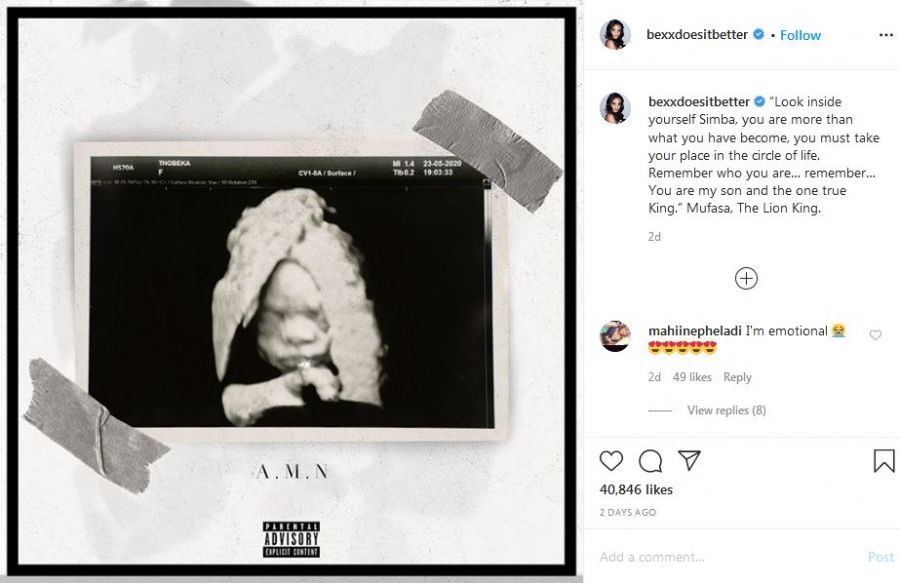 Thobeka Majzi is educated, having obtained a degree from the Durban University of Technology in 2016. She has dated Cassper Nyovest for a while, but it wasn’t until recently that their relationship truly captured the public’s interest.

Cassper Nyovest had shared a video of him getting ready to drive out his Bentley. He captioned the video “preparing to take her out,” creating the impression he was speaking of the car and nothing else.

Later the same day, Thobeka Majozi shared an image of her sitting on the Bentley at a location that remains one of an African safari. Fans put two and two together and have been seriously following the couple’s relationship.

About a week ago, Cassper Nyovest admitted he was seeing Thobeka Majozi and was no longer single. So it is possible he might marry her after she gives birth to their son.

Are there other pieces you think are missing from this post. You are welcome to add them in the comment section below.

Tags
Feature Thobeka Majozi
John Israel A Send an email 24 June 2020
Back to top button
Close
We use cookies on our website to give you the most relevant experience by remembering your preferences and repeat visits. By clicking “Accept All”, you consent to the use of ALL the cookies. However, you may visit "Cookie Settings" to provide a controlled consent.
Cookie SettingsAccept All
Manage Privacy