Chad Da Don enlists the talents of PdotO for a feature on his new song “Drama” taken off his new album “Dreams Don’t Sleep”.

We love how much work SA Hip Hop star, Chad Da Don has been putting in this year. The talented rapper has been on top of his game since he announced the “Dreams Don’t Sleep” album a while back.

He gave a taste of it when he dropped the joints “Prada”, “Keep It Together”, “Bana Ba Se Kolo” and more. He teamed up with YoungstaCPT, Emtee, Gigi Lamayne and more on them. Finally the album has dropped and fans can’t get enough of it. 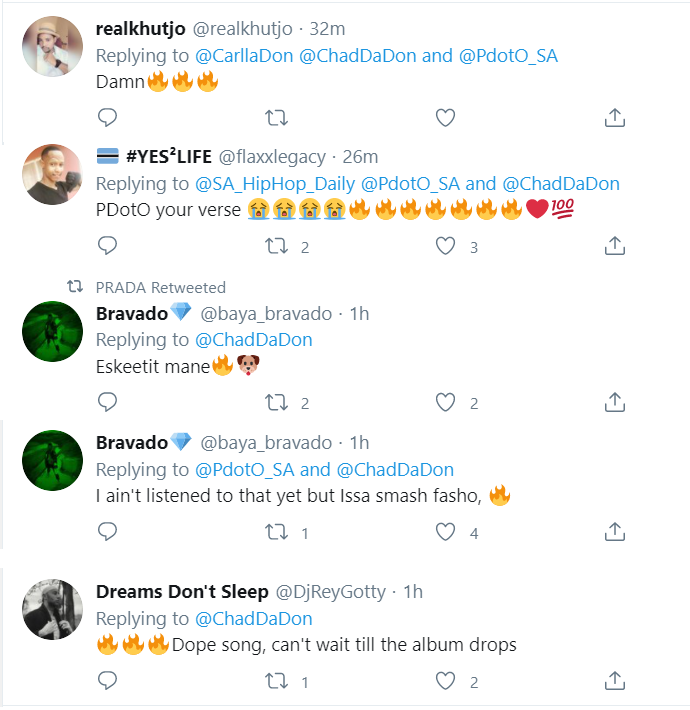 One of the standout tracks on the project is this new one “Dreams Don’t Sleep” which features PdotO. You’re definitely going to love it. Simply stream and download the song below. Also, share your thoughts and opinions on it in the comments section.