After a while of waiting, Okmalumkoolkat finally releases the highly anticipated Bhlomington EP.

Don’t you just love it everytime the things you wanted drop exactly when they’re meant to. For a while now, Mzansi rapper, Okmalumkoolkat has teased his new EP, Bhlomington.

A while ago, he shared the EP’s official cover which is quite colourful, leading us to believe that the project would either be a trippy one or a happy one. After a little delay, he announced the official release date to be 29th, and also made it available for pre-order. He’s now finally released it, and it’s an amazing listen.

It was certainly worth all the hype. We don’t care anymore that it was delayed from the initial release date which was meant to be on the 22nd of May. Okmalum shows off his lyrical skills on this one, and takes his listener on a journey from one song to the next. You really should hear it. 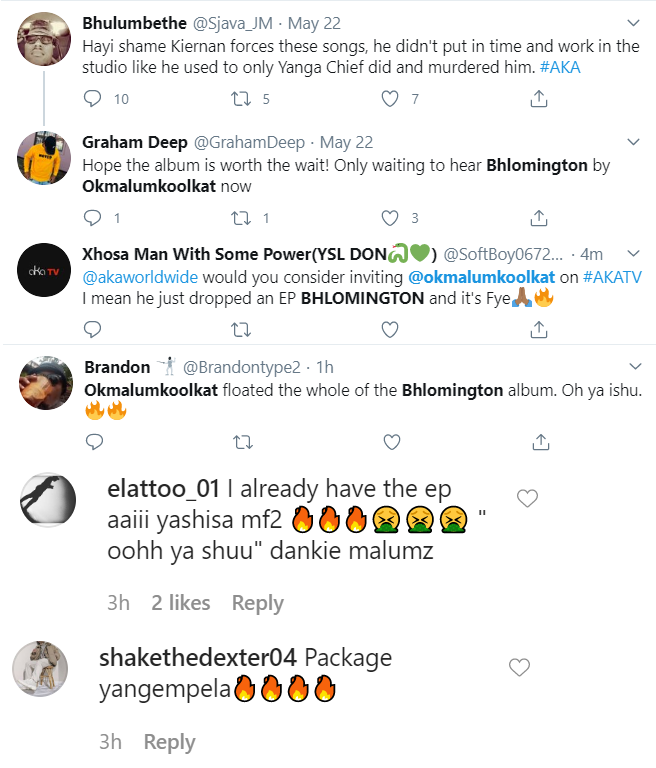 Tags
Okmalumkoolkat
John Jabulani Send an email 28 May 2020
Back to top button
Close
We use cookies on our website to give you the most relevant experience by remembering your preferences and repeat visits. By clicking “Accept All”, you consent to the use of ALL the cookies. However, you may visit "Cookie Settings" to provide a controlled consent.
Cookie SettingsAccept All
Manage Privacy