AKA reveals he’s okay with being called in for interviews by community radio stations.

Everytime you feel AKA wont impress you anymore, he does something that would shock you. The SA Hip-hop star is at a point in his career where he’s considered one of the top names in the industry. At that level, you’d hardly expect him to grant interviews with community radio stations.

In a recent conversation on Twitter, the “Energy” hit maker revealed that he isn’t closed off to the idea at all. The Twitter user who seems to work at a community radio station had asked why the rapper doesn’t grant interviews with them.

Replying him, he revealed that they are “super important” in building a brand. He also revealed that he needs to make more time for them, asking if he needed him to show up at one. That made his fans very proud of him, and they took to the comments section to reveal it. 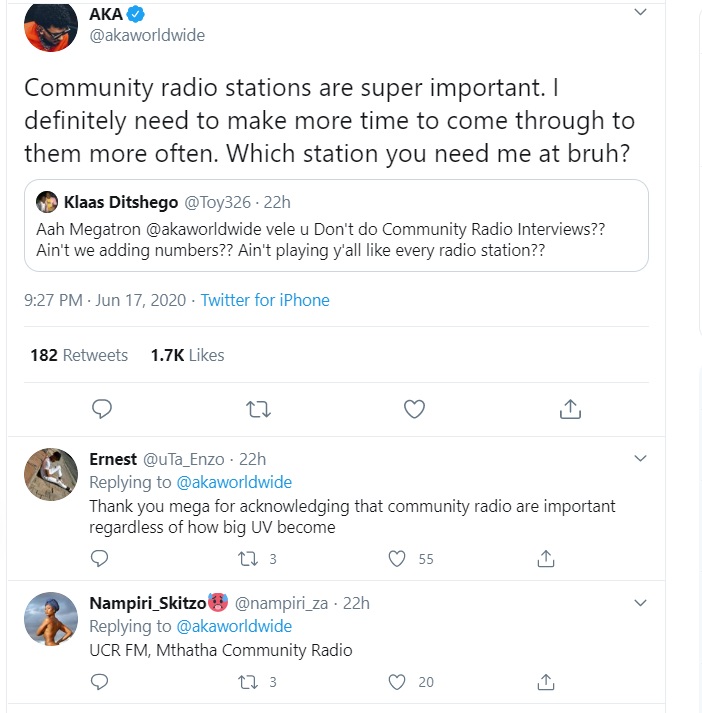