Mzansi rapper AKA has decided to move on with his life following his breakup with DJ Zinhle late last year. The breakup was the second since they got to know each other, and DJ Zinhle fans were pretty miffed he should dump her again.

The reason for this may not be farfetched, after all, as most of them advised her not to take AKA back a second time. But then she chooses to follow her hear… And the relationship ended again.

AKA has moved on and so, apparently, has his mother Lynn Forbes, with whom DJ Zinhle was thought to have a close relationship. She has clearly endorsed AKA’s new girlfriend Nelli Tembe.

All doubts of her endorsement of AKA’s new relationship was shredded when she dropped a heart emoji on AKA’s Instagram post of him and Nelli Tembe together. 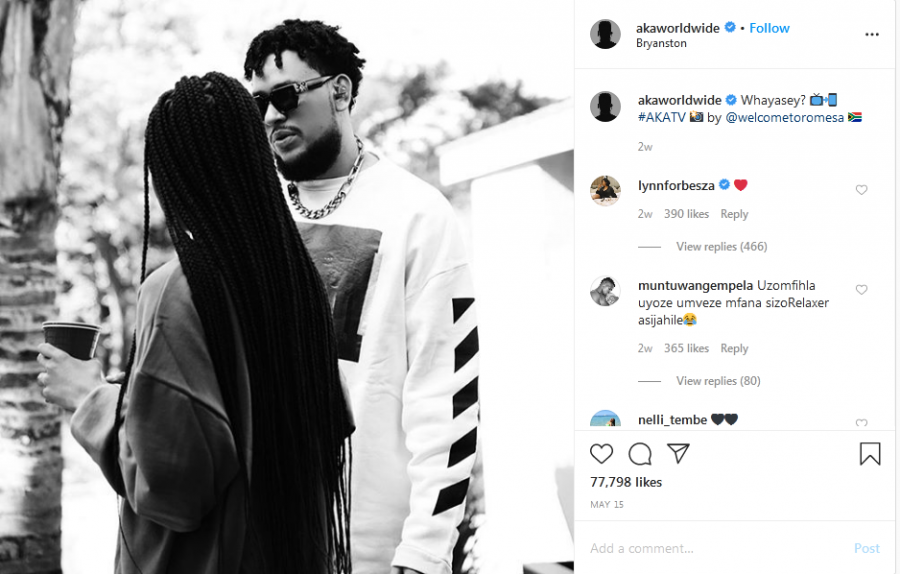 Fans were aghast about Lynn Forbe’s reaction, especially so because she was alleged to be at DJ Zinhle’s house at the time she posted the heart emoji.

At any rate, it has emerged that DJ Zinhle has no hard feelings and is keen to move on with her life as well.

The coming weeks should be interesting as AKA navigates the waters of his new relationship.