As the Big Brother Mzansi reality TV show slowly winds down to an end, so many reactions, online and off, continue to tail almost all the activities in the house and even down to the individual lives of the housemates.

On the ladder of the show’s most talked about contestants, only a few names remain, as evictions have been happening, bringing the game to an abrupt end for some. As fandom on socials may have it, Themba and Mpho have been sitting on top of that ladder, as the pair always somehow find themselves in situations that would set off trends on socials, especially Twitter.

Ever since the pair shared a passionate kiss in February, fans have been “shipping” them and wishing they got together, as most say they would ‘press necks’ in the house if that ever happened. Those are the same fans that have thrown the full weight support behind the pair, saying the prize money is theirs, seeing as there are only a few of them left in the house presently.

Themba and Mpho luckily won the wager for this week, which attracts some in-house benefits for the pair. As expected fans jumped online to congratulate them on the deserving win, praising them to be the real content of this season’s BBMzansi. 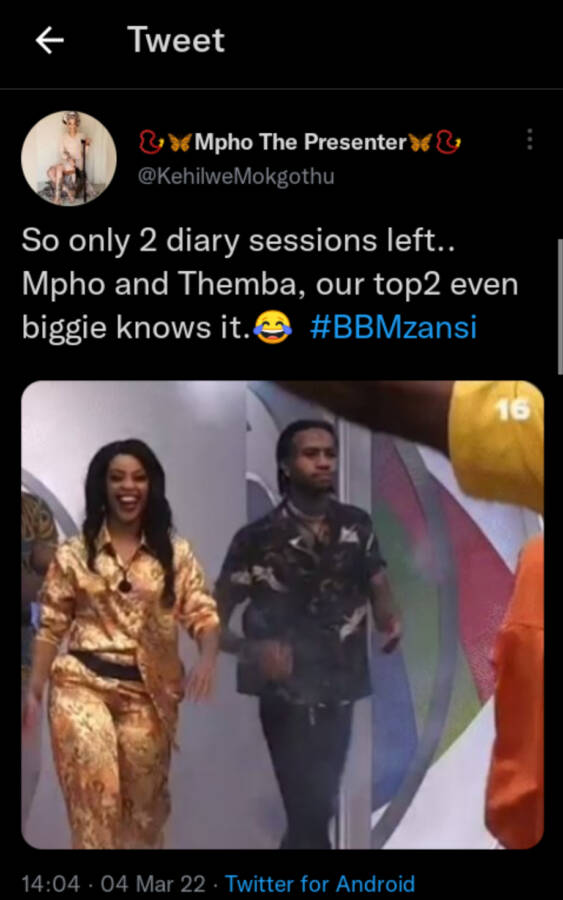 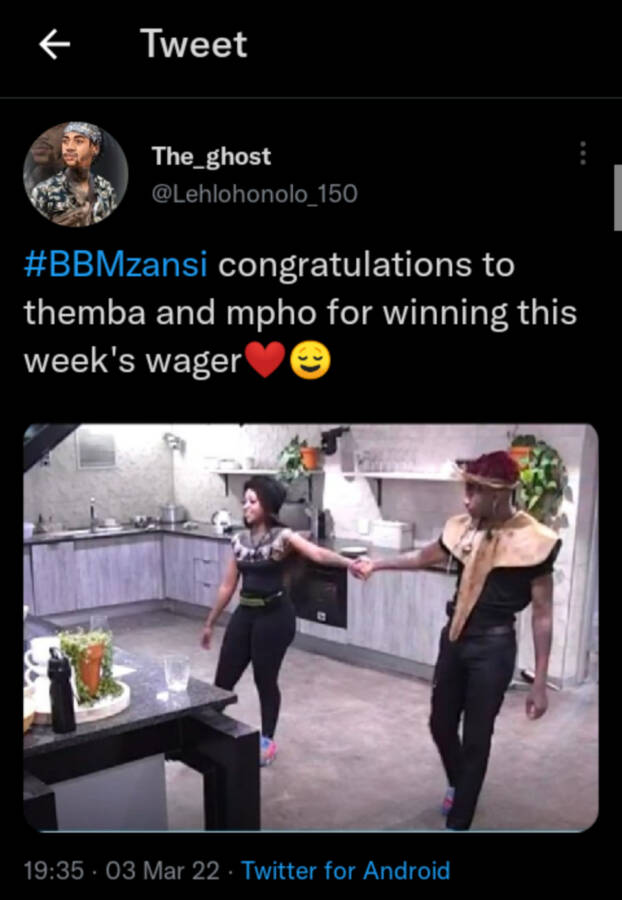 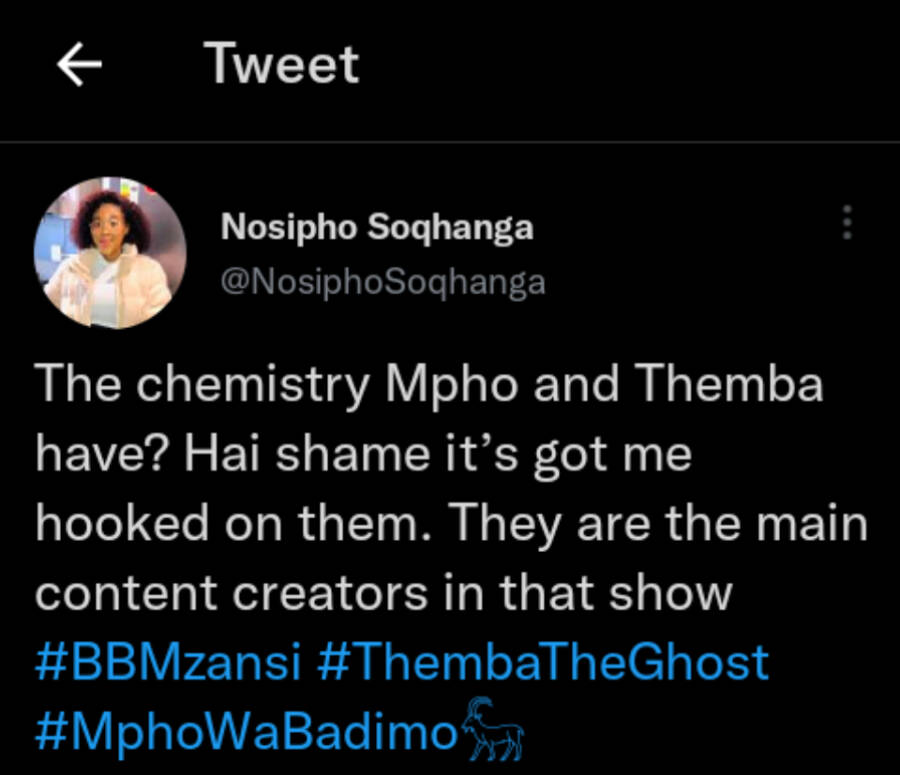 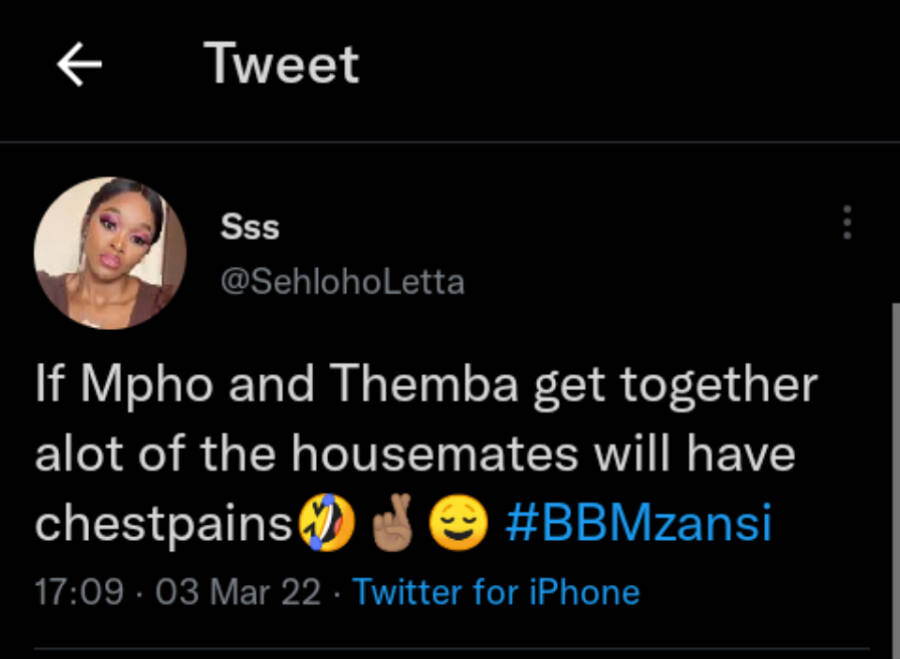 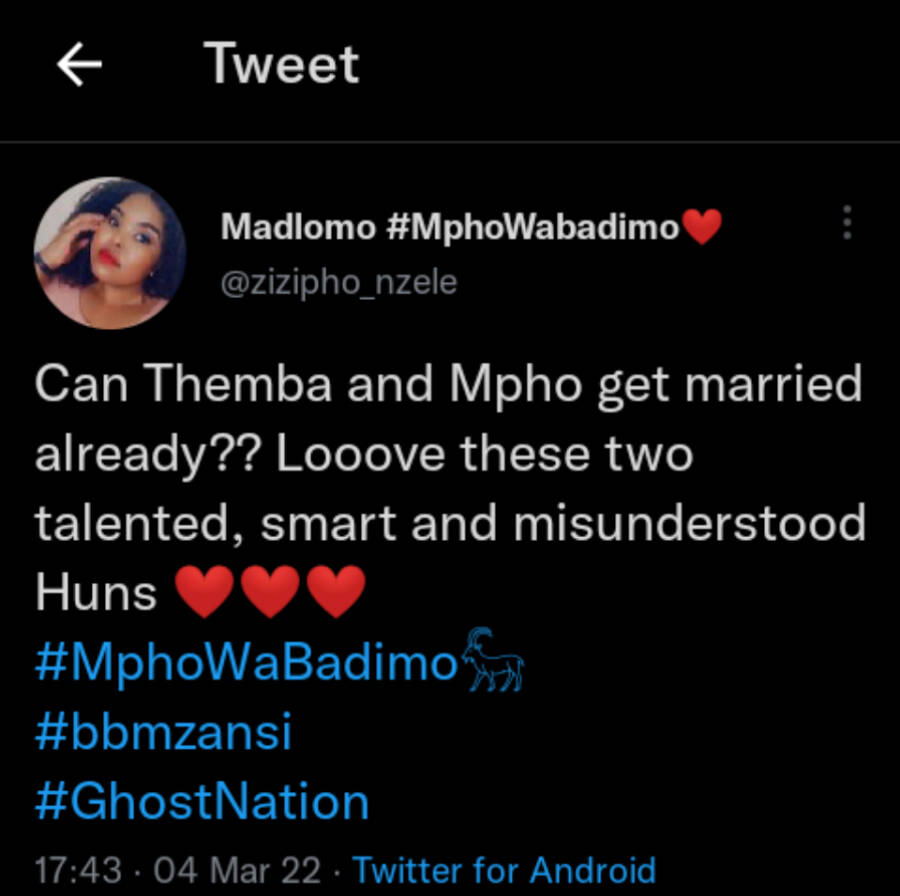 Tags
#BBMzansi Mpho Themba
Ikedichim Chibundu Send an email 5 March 2022
Back to top button
Close
We use cookies on our website to give you the most relevant experience by remembering your preferences and repeat visits. By clicking “Accept All”, you consent to the use of ALL the cookies. However, you may visit "Cookie Settings" to provide a controlled consent.
Cookie SettingsAccept All
Manage Privacy