Mzansi rappers, Blaklez and Stogie T have an exchange on Twitter after the latter revealed that they got off on the wrong foot.

Another day, another SA Hip Hop drama. While this might seem exhausting, it also keeps us talking about the amazing genre. This time, Blaklez and Stogie T are at each other’s throats. Or it seems like they are.

Here’s what went down. It all began after Stogie dropped the first episode of his Triple Distilled Podcast with Pristine Queen and SteveBussaGS. They touched on a couple of topic including Blaklez’s album. Before that, he revealed that the “Lepara” star and him got off on the wrong foot. He also explained that they had a difference of opinion about how good a rapper Blaklez is.

Obviously not into all that, Blaklez shot back at Stogie after hearing his thoughts on the podcast. He basically said he didnt want to be included in that narrative. This also prompted a reply from Tumi.

Check the tweets out below. 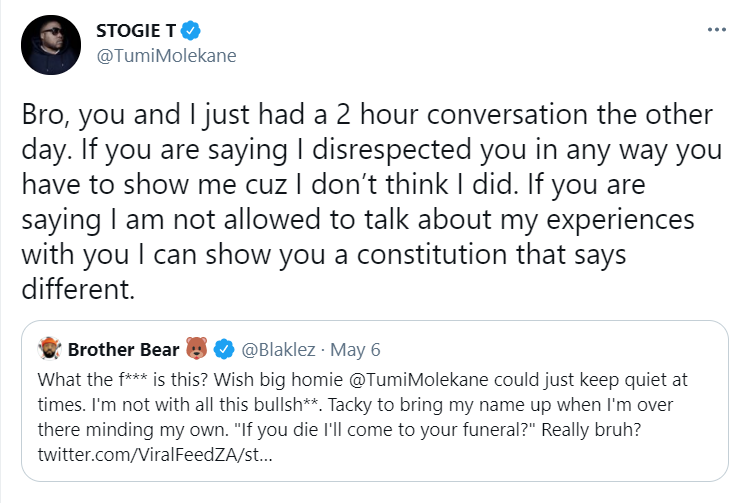