Hey, Busiswa wants you to know she isn’t playing around this year. The talented vocalist has been killing it all year with her music. She has been very much consistent doing what she does best and looking amazing.

She recently appeared on Cassper Nyovest’s new album “Any Minute Now” on the song “Nokuthula” which received praise from fans. She also featured talented singer and dancer, Kamo Mphela on her latest offering “Sbwl” which has been receiving massive airplay in the country. Now, she’s set to drop a new song. 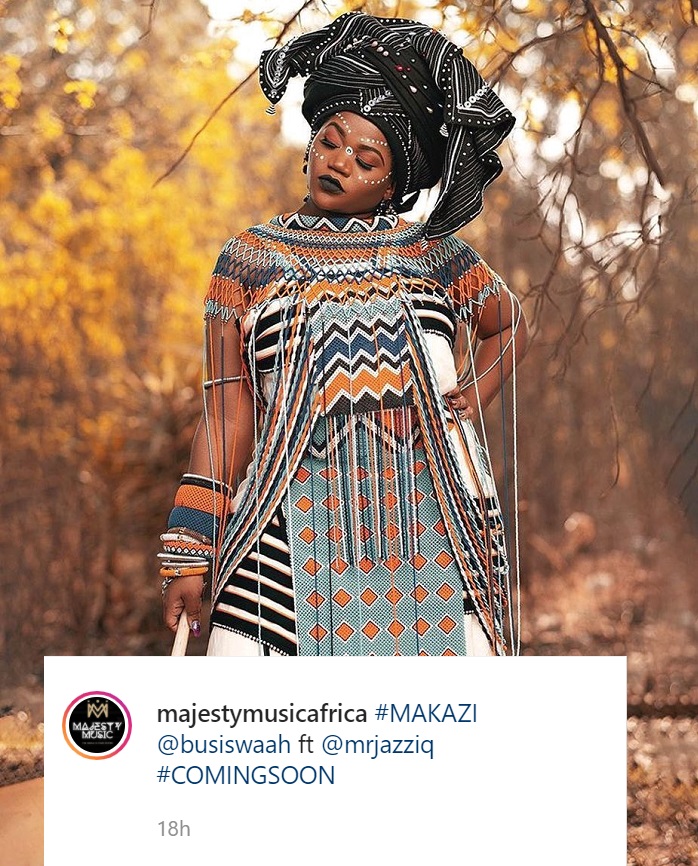 She calls this one “Makazi” and has revealed that it features former JazziDisciples member, Mr JazziQ. She is yet to announce a release date for the song but has revealed that it is dropping soon. She also says you should stick around because she isn’t done. We will definitely do that.

Tags
Busiswa Mr JazziQ
John Jabulani Send an email 26 September 2020
Back to top button
Close
We use cookies on our website to give you the most relevant experience by remembering your preferences and repeat visits. By clicking “Accept All”, you consent to the use of ALL the cookies. However, you may visit "Cookie Settings" to provide a controlled consent.
Cookie SettingsAccept All
Manage Privacy