SA Hip Hop star, J Molley has shared the conversation he had with Riky Rick before he passed on.

February 23rd will always be remembered as the day Mzansi lost a legend. Social media has been flooded with shocked reactions to Riky Rick’s death, and everyone is finding it hard to make peace with it. Reports reveal that Rick hung himself at his house in Johannesburg.

Taking to his Instagram stories, rapper, J Molley shared the conversation he had with him before he died. Molley had been in the news last year for his depression. He had tweeted about taking his life at the time prompting his team to step in.

After making a comeback with the “Almost Dead” album, Molley has been doing okay. He revealed that the “Sondela” star called him the day before to check on him and told him that he was dealing with similar issues. He also shared his wishes that he could have said something that changed his mind even though it would almost be impossible to. 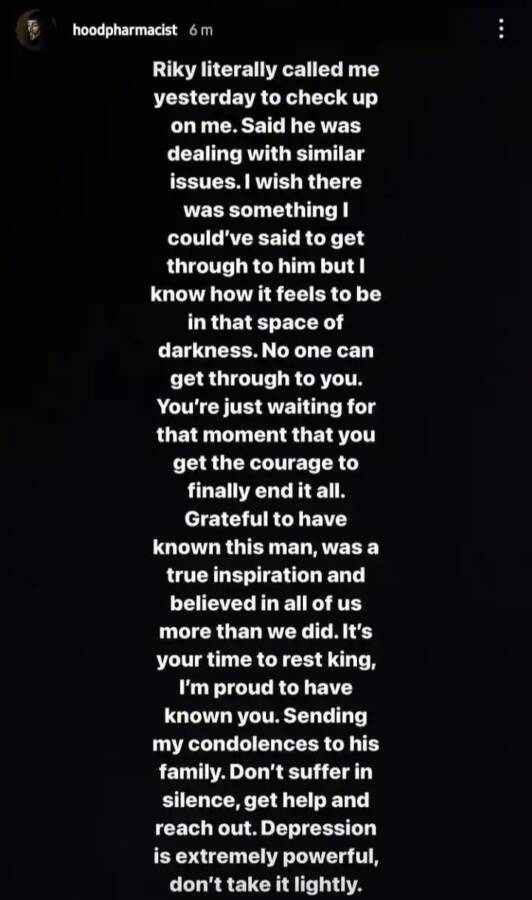 Tags
J Molley Riky Rick
John Jabulani Send an email 24 February 2022
Back to top button
Close
We use cookies on our website to give you the most relevant experience by remembering your preferences and repeat visits. By clicking “Accept All”, you consent to the use of ALL the cookies. However, you may visit "Cookie Settings" to provide a controlled consent.
Cookie SettingsAccept All
Manage Privacy