Is Kanye West ever not getting the bag? You could say that it sort of finds him. That’s what happens when you’re a genius and the whole world is in awe of you. According to new reportss, West’s Yeezy just announced a 10-year partnership with GAP.

We hear it is worth a whopping $970m. That’s huge. However, many think it’s a little too small for Ye. In their opinion, he made billions of dollars partnering with Adidas for 5 years. Well, that’s for Ye to decide.

Complex reports that according to legal documents, the new “YZY” logo is “essentially” what he shared last year when announcing the partnership. The new logo is inspired by the classic navy blue GAP logo. It features same three letter format, YZY. Its rights were filed this year on April 9th.

TMZ has also revealed info from the Trademark documents, listing the items Ye would produce through the partnership. They include; handbags, backpacks, luggage, footwear, headwear, jackets, umbrellas, and more. The docs also reveal that West retained the rights to use the new logo for retail and online services. We hear the collab hits stores later this year. 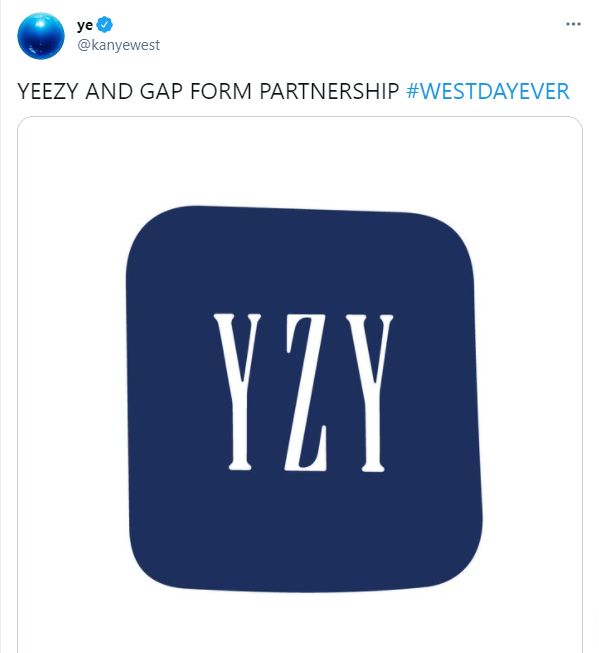