Lavida NOTA has erupted again – unsurprisingly, for those who know him – claiming in a series of tweets that his ex-wife Berita, a singer, wanted to kill him.

NOTA’s claim came on the heels of Berita’s public unveiling of her relationship with him. Just recently, after NOTA claimed that Mihlali Ndamase wasn’t beautiful and made some dark references to her, Berita had popped online to apologise.

In her apology tweet, she claimed that her then-husband doesn’t listen to anyone and might be contending with some mental issues.

Well, after seemingly keeping quiet for a while, NOTA appears to be ready for his pound of flesh. In a tweet, the controversial music executive referenced the Courtney Clenney case (Clenney had stabbed her boyfriend to death) and added that he had been emotionally and financially abused by Berita.

He added that although he had complained about the alleged abuses, no one has taken any interest in the case because we live in a world where men don’t get any justice when women abuse them.

He also referenced the stabbing to death of the Skwatta Kamp member Flabba by Flabba’s girlfriend, adding that he worries that Berita would do the same to him at some point. 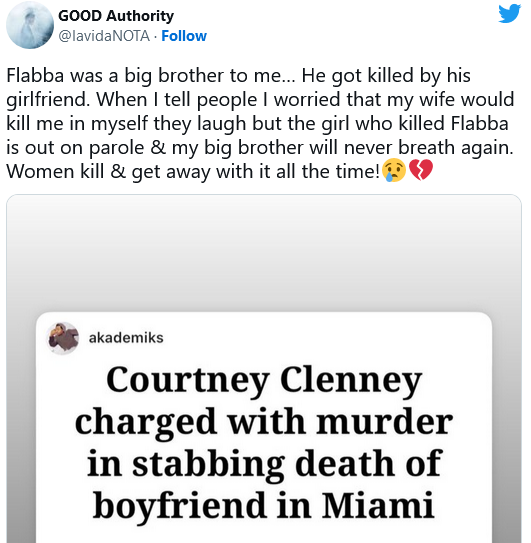 Tags
Nota
John Israel A Send an email 12 August 2022
Back to top button
Close
We use cookies on our website to give you the most relevant experience by remembering your preferences and repeat visits. By clicking “Accept All”, you consent to the use of ALL the cookies. However, you may visit "Cookie Settings" to provide a controlled consent.
Cookie SettingsAccept All
Manage Privacy