The Q Twins are currently celebrating a new milestone in their career. The official video for the song “Hamba” has hit 10 million views on YouTube. They took to social media to celebrate the new feat.

We must all confess that we are very proud of the superstars that the Qwabe Twins have become. The twins set out on a journey on the Idols SA contest but that didn’t end so well. Little did they know that life had more in store for them. 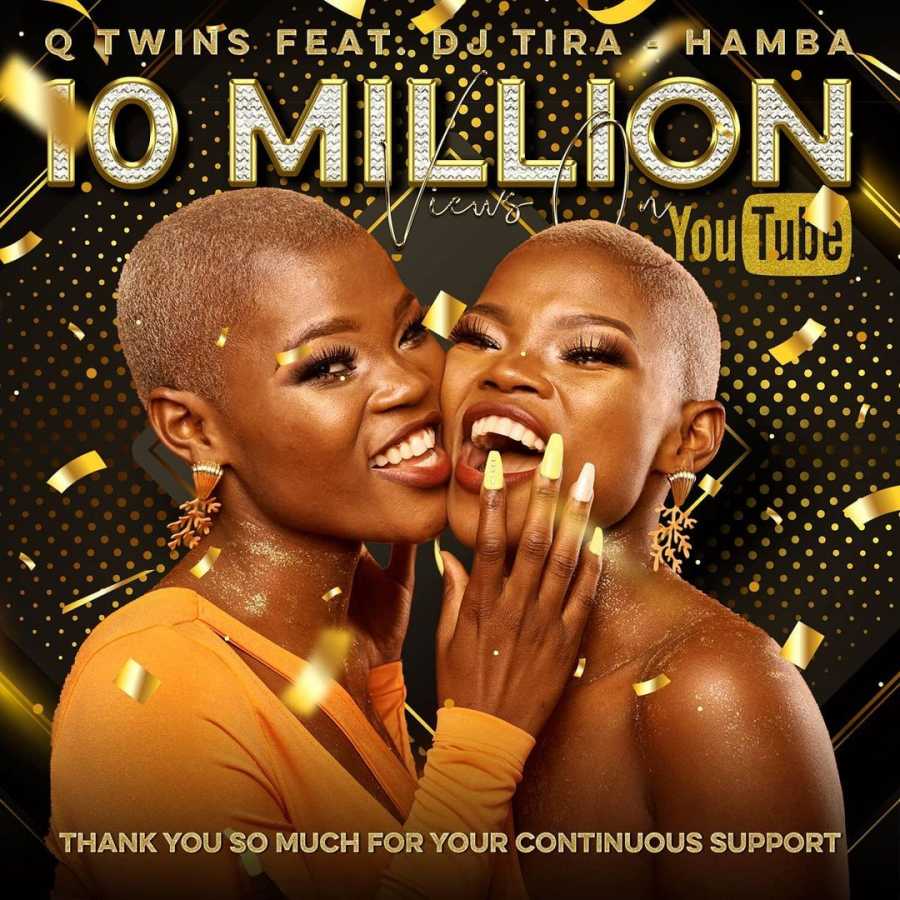 Since signing to DJ Tira’s Afrotainment label, the duo has known so much success in the SA music industry. They officially cemented their place in the industry with the release of “Hamba”. The song fast became a hit and charged through the airwaves.

They also dropped their debut album “The Gift Of Love” which has earned praise from fans.

Tags
Afrotainment Q Twins
John Jabulani Send an email 10 April 2021
Back to top button
Close
We use cookies on our website to give you the most relevant experience by remembering your preferences and repeat visits. By clicking “Accept All”, you consent to the use of ALL the cookies. However, you may visit "Cookie Settings" to provide a controlled consent.
Cookie SettingsAccept All
Manage Privacy