Themba had a wonderful time in the Big Brother Mzansi house. Although he didn’t win the reality show, bi’s star is already aloft.

This much became apparent following his return to his hometown of Alex. The reception was massive, showing that the champ has already embedded himself in the consciousness of those who love him.

His return to Alex is being celebrated with the hashtag #Thembashomecoming.

Interestingly, his homecoming is being celebrated not just by his fans but also, well, by his former housemate. Moho Wabadimo, who had won the third season of the reality show, had celebrated Themba’s homecoming with a note that it’s a great time to be alive. 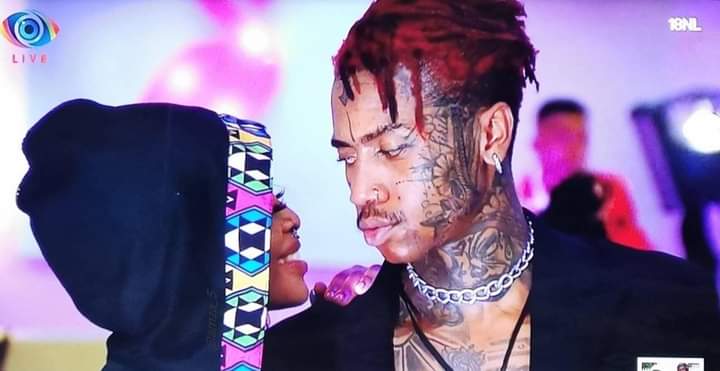 The crowd that turned up to meet him was truly impressive, and some of his fans had commented that he has incredible star power. You can check out the clip below.

Themba has undeniable star power.
He’s home guys and the community of Alex welcomed him with massive love 🥺

Themba, a tattoo artist and singer, was a favourite to win the reality show. But he came third, behind Gash1 and Mpho Wabadimo (winner).

Following his loss, he had spoken of his challenges, including his tattoo office burning down, and his plans going forward. Fans had banded together to contribute to the GoFundMe account opened to help him.

Tags
Themba
John Israel A Send an email 18 April 2022
Back to top button
Close
We use cookies on our website to give you the most relevant experience by remembering your preferences and repeat visits. By clicking “Accept All”, you consent to the use of ALL the cookies. However, you may visit "Cookie Settings" to provide a controlled consent.
Cookie SettingsAccept All
Manage Privacy