AKA replies a tweep who said he lost a good one with DJ Zinhle while celebrating the DJ’s recent money move.

The unexpected end of AKA and DJ Zinhle’s relationship hit Mzansi really hard. The two celebs who share a daughter together parted ways late last year, and announced it to the public around the beginning of the year.

While they both seem to have moved on from it, their fans still haven’t accepted that the relationship has come to an end. AKA got dragged into Zinhle’s celebrations and he had no choice but to react. The “Umlilo” hit maker was announced to have acquired equity to BOULEVARD NECTAR ROSÉ and taken over as CEO.

While fans celebrated Zinhle’s new move some dragged AKA into it. A tweep commented saying that Supa Mega lost a real one with Zinhle. This prompted a reply from the “Run Jozi” hit maker who called the tweep out for trying to discredit Zinhle’s success by involving him.

“It’s weird how you can try and troll the pioneer of this entire industry while trying to discredit her success by involving me. Leave it alone man,” 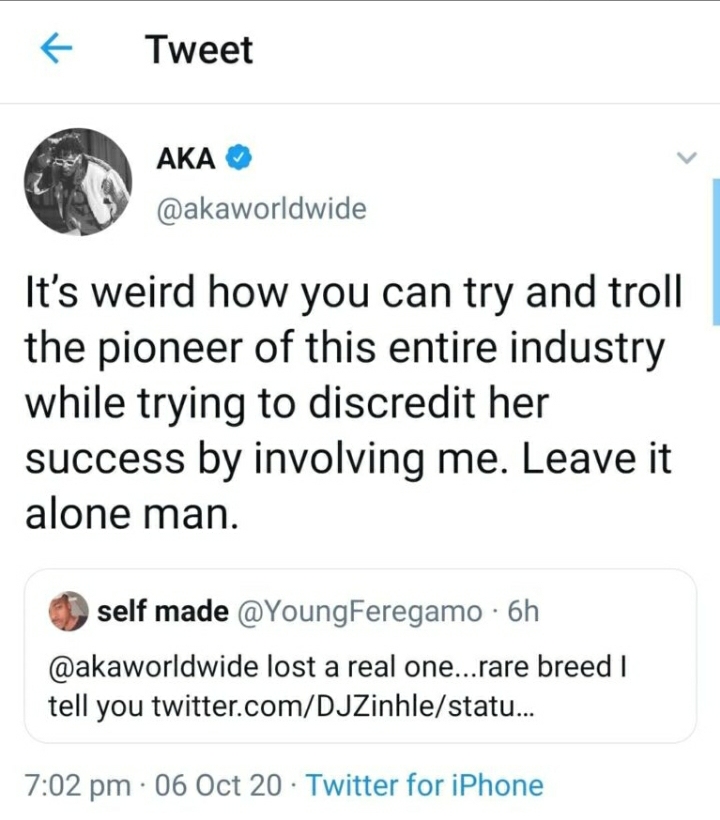