Canadian pop star, Justin Bieber trends for being an amazing husband to his wife, Hailey.

If there is anything or anyone Justin Bieber loves more than his music and his fans, it is his wife, Hailey. It is no surprise that they are always spotted together. Justin recently warmed hearts when he showed the most random act of kindness to his woman.

He was pictured “making himself into a chair” so that Hailey would have something to sit on. The “Ghost” hitmaker has been praised for taking care of his woman even in the most unexpected way. Justin recently dominated the trends following his appearance at Coachella.

He has also pulled off a successful Justice Tour, which continues to rake in rave reviews. Reports state that the Canadian star sold out 4 stadiums in Japan, the first artist to do it since Madonna in 2006. We cannot wait to see what he does next. 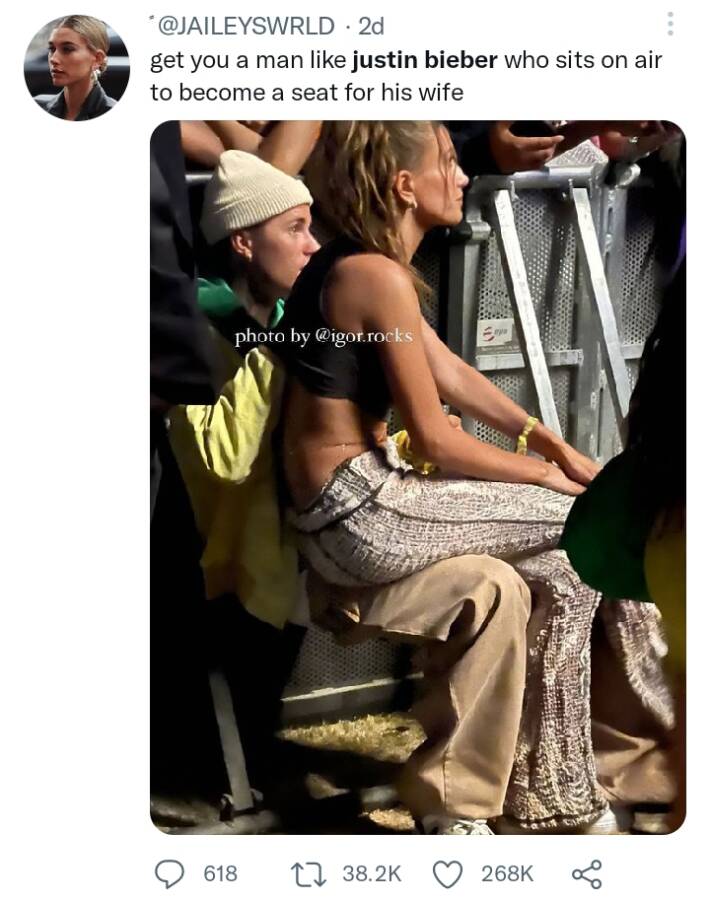 Tags
Hailey Bieber Justin Bieber
John Jabulani Send an email 20 April 2022
Back to top button
Close
We use cookies on our website to give you the most relevant experience by remembering your preferences and repeat visits. By clicking “Accept All”, you consent to the use of ALL the cookies. However, you may visit "Cookie Settings" to provide a controlled consent.
Cookie SettingsAccept All
Manage Privacy