Late Mzansi rapper, Pro is an icon in the SA music industry, and especially in Hip-hop. Even in his death, the Hip-hop community continues to miss him and his impact is still clear in all ramifications.

While he was alive, he delivered one of the most acclaimed albums in SA Hip-hop history, “Dankie San”. The album was so big that merches had to be created for it. However, they stopped being sold after he died. Sadly, some people are still creating replicas of the merch and selling them.

Pro’s brother, DJ Citi Lyts recently took to Twitter to urge fans not to purchase them saying they haven’t approved any. A recent tribute was held in honour of the Kasi Rap king on SABC 1 and it featured various rappers including AKA, Omen, Buks and more. 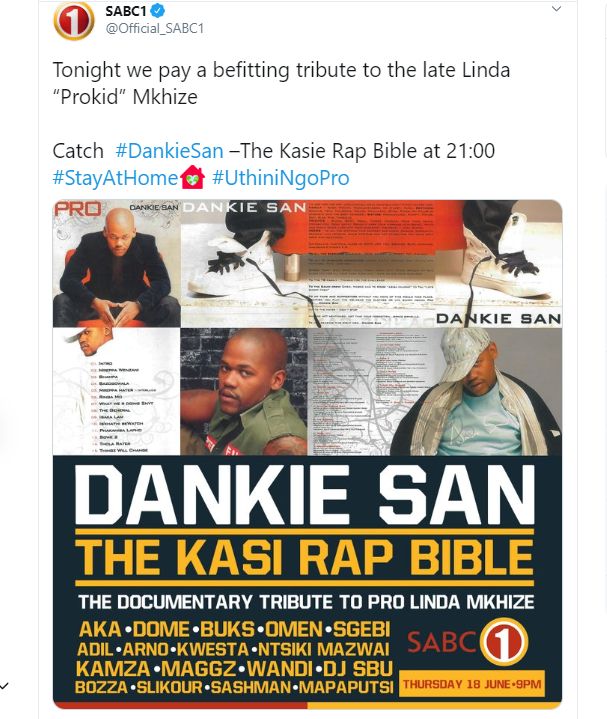 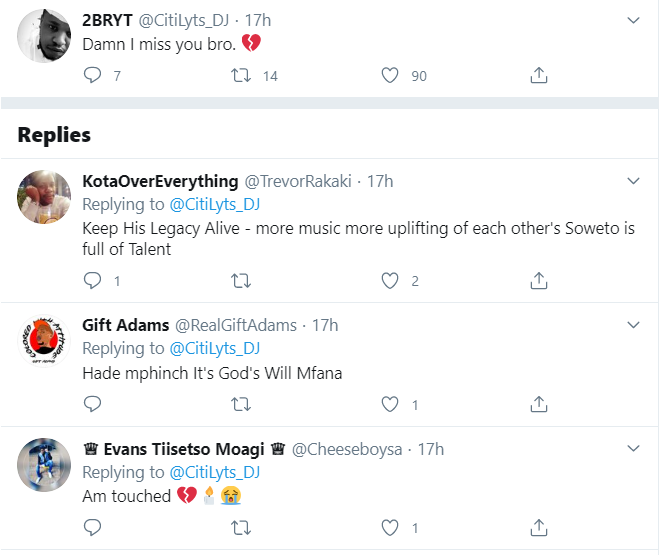 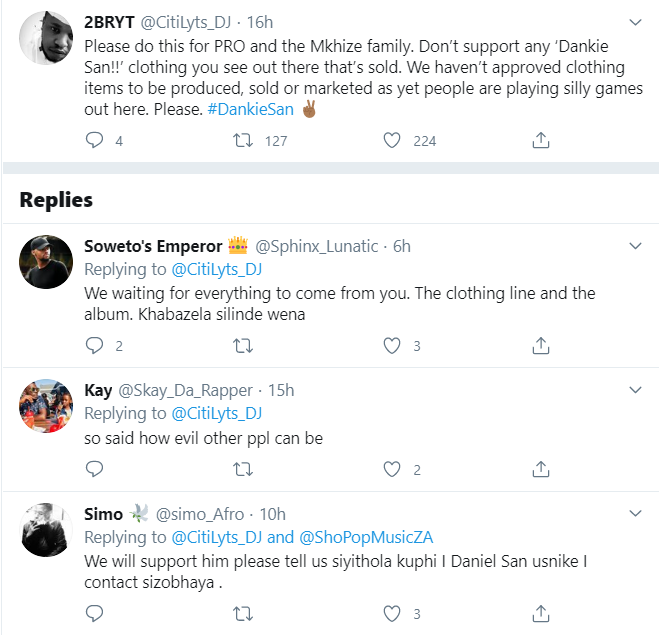 Tags
DJ Citi Lyts PRO
John Jabulani Send an email 19 June 2020
Back to top button
Close
We use cookies on our website to give you the most relevant experience by remembering your preferences and repeat visits. By clicking “Accept All”, you consent to the use of ALL the cookies. However, you may visit "Cookie Settings" to provide a controlled consent.
Cookie SettingsAccept All
Manage Privacy