AKA and Nadia Nakai are reportedly on vacation. Although they’re yet to clue the world in on what their relationship might be, Mzansi has been connecting the dots and has declared them a couple on the strength of the hints they’ve released so far.

Nadia Nakai recently flexed a Rolex watch, noting it was a gift from a “Secret Santa.” Mzansi was quick to point at AKA as the man who’d given her the watch.

Well, AKA is currently on vacation. He’d shared a collage of his adventures and noted in the caption that the shots were taken by a “Secret Santa” as well. Mzansi was able to connect the dots easily, especially so because posts to Nadia Nakai’s Instagram indicated she’s in the same location as AKA. 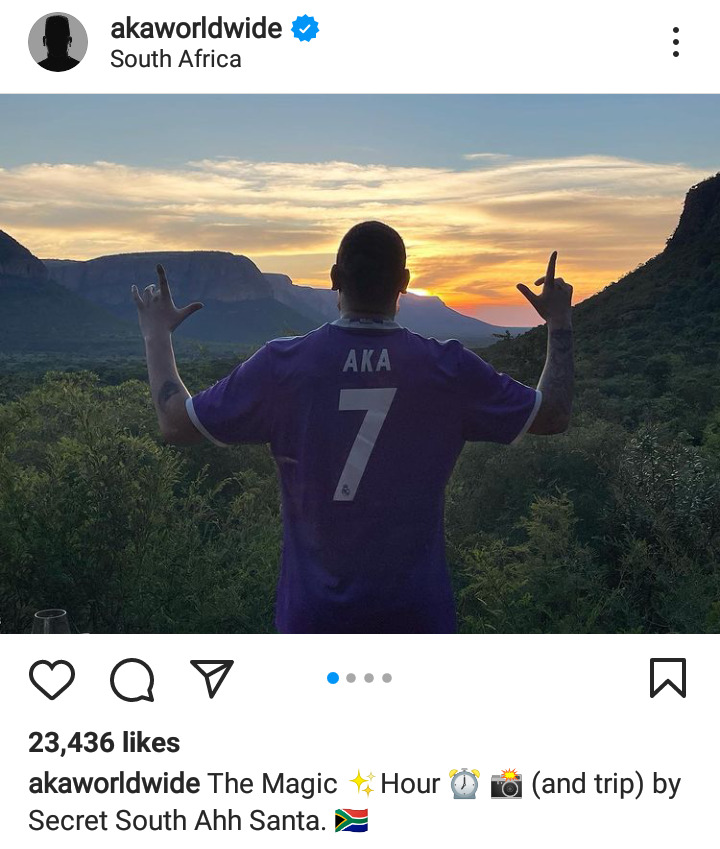 AKA has been out of a relationship for months. He’d lost his girlfriend Nelli Tembe on April 11, 2021 in an alleged suicide. Now he appears ready to turn on the lights in the relationship department again.

For her part, Nadia Nakai was previously in a relationship with the American musician Vic Mensa. It can’t be determined why they broke up, but they did. And Nadia Nakai is ready for the warmth of new arms. Stay tuned for more details.

Tags
AKA Nadia Nakai
John Israel A Send an email 5 January 2022
Back to top button
Close
We use cookies on our website to give you the most relevant experience by remembering your preferences and repeat visits. By clicking “Accept All”, you consent to the use of ALL the cookies. However, you may visit "Cookie Settings" to provide a controlled consent.
Cookie SettingsAccept All
Manage Privacy