The collaboration with Brandy which Tiwa describes “full-circle moment with her all-time idol” is an honest and emotional mid-tempo record where the two form the perfect vocal team. The universal yearning for companionship (“Somebody son go love me one day”) carries on the hook. “It’s a message of hope” Tiwa adds. 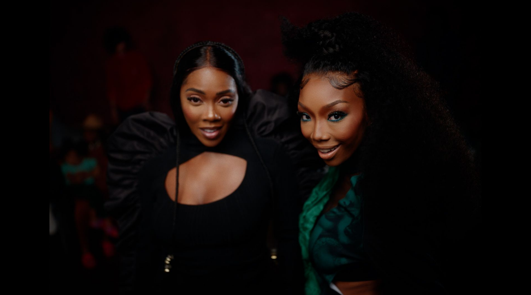 Tags
Brandy Nigeria Tiwa Savage
Thato Siyabonga Send an email 13 October 2021
Back to top button
Close
We use cookies on our website to give you the most relevant experience by remembering your preferences and repeat visits. By clicking “Accept All”, you consent to the use of ALL the cookies. However, you may visit "Cookie Settings" to provide a controlled consent.
Cookie SettingsAccept All
Manage Privacy