It’s been said that a debut project holds great significance for whoever creates it. That’s exactly the case with Blxckie, a recent manifestation on South Africa’s music scene. The songster’s debut album, “B4Now, ” has only just been released. And yes, it is a package of power.

“B4Now” is a product of circumstances and also a product of planning. It was in the works from 2020, when the coronavirus first broke out. Unable to return to Durban following the lockdown the coronavirus provoked, Blxckie and his pals had a recording fever. The result is part of what you have today as an album.

This body of work gives fine glimpses into Blxckie’s life and the trajectory of his sound since he manifested on the music scene years ago. It’s a highly relatable compilation that should have an eager  audience out there.

This 12-track compilation begins with “Mama It’s Bad” and ends with “Tall,” one of the songs the South African rapper recorded in the early days of the lockdown in 2020.

The first track in “B4Now” is as relatable as it is memorable. Written in the Midrand area of Johannesburg, the song is more of an ode to his mother and a chronicling of the hard times he was facing following his relocation from Durban to Midrand.

Anyone who had struggled for a place at the top previously will understand and appreciate what Blxckie composed here. In fact, we rate this song among the most important in the compilation.

For the follow-up track, “Stripes,” Blxckie co-opted his pal Flvme and the two had a wonderful time spitting their bars. This song had a specific purpose on release – to show Blxckie’s versatility. You know, it’s like Blxckie is saying, I’m not your regular rapper but one who has earned his stripes.

The next track, “Goliath,” is one of great symbolism and mirrors the biblical story. That’s the basis for the title in the first place. Two friends leave for a different city with burning dreams of making it as musicians. Years have passed and it appears like just one of them is close to reaching that dream – in this case Blxckie. 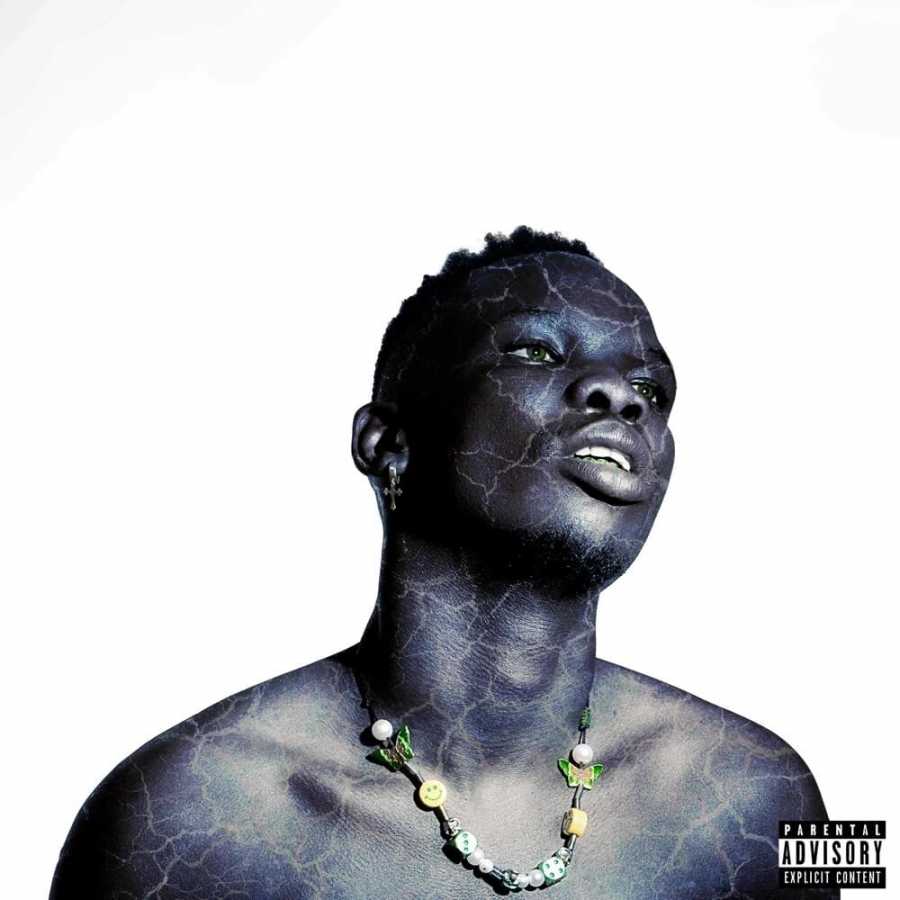 What follows, “Gas,” true to its title, is one song that can actually gas you up. To truly appreciate this song, though, one has to be conversant with “Big Time Sh’lappa,” another song by Blxckie. The songster is unapologetically expressive in “Gas,” which also marks his attempt to shock the populace with a new sound.

“Hut.” There you have another symbolic tune. This track of infectious melodies amplifies Blxckie’s grass to grace story – or hut to condo story, if you please. It’s highly relatable and one to be possessed.

The next track, “Sika,” might suit the birthday crowd out there. For this song, Blxckie had worked with the producer Christer. The song, in melody and lyrics, is patently beautiful – something to hear and share

“Hold” is one track that actually holds nothing back. It delivers as much as it promises, suffusing the soul of the listener with so much warmth he might make a decision there and then to listen again. Not bad.

You can easily count “Big Time Sh’lappa” as one of the top songs in the compilation. This Flvme-assisted tune bangs so well with the soul you’d have no trouble retaining it for your playlist.

“Steppin” actually has Blxckie stepping – boldly – into a splendid orbit to which he thinks he belongs -among the rap aristocracy in South Africa.

The mood gets pretty wild with “Ye X 4,” a collaborative anthem with Nasty C. The album itself ends on a “Tall” pedestal. Again, the symbolism is of a rapper with eyes at the zenith. Meet Blxckie.

Tags
Blxckie Review
John Israel A Send an email 21 May 2021
Back to top button
Close
We use cookies on our website to give you the most relevant experience by remembering your preferences and repeat visits. By clicking “Accept All”, you consent to the use of ALL the cookies. However, you may visit "Cookie Settings" to provide a controlled consent.
Cookie SettingsAccept All
Manage Privacy