The reality show 90 Day Fiancé captured the attention of viewers since it first premiered on the TLC network, and from the look of things, viewers just can’t have enough of the show.

The show brings together people across borders, who date and eventually determine if they want to get married or return home from whence they came.

Expectedly, viewers of the show have got their favorites, with some championing those they consider their ideal couples.

It appears, however, that Mahogany has got the attention of most viewers – for good or ill. And she has been the key topic of their conversation on social media since.

Some viewers are not impressed with Mahogany speaking her confessional. They want to speak English, in which she clearly has a robust grasp.

Another viewer joked about Mahogany switching from understanding Spanish to translating it.

While Ben thinks he has something going on with Mahogany, sh dropped a shocker, indicating he’s just a friend -or an old friend, if you like – and that there’s nothing serious in their relationship.

Interestingly some viewers of the show think there’s zero chemistry between her and Ben and that Ben should stop pushing things with her. Will he listen?

I love how Mahogany is conveniently switching back from understanding Spanish to translating #90DayFiance pic.twitter.com/e8KGlzwGYG 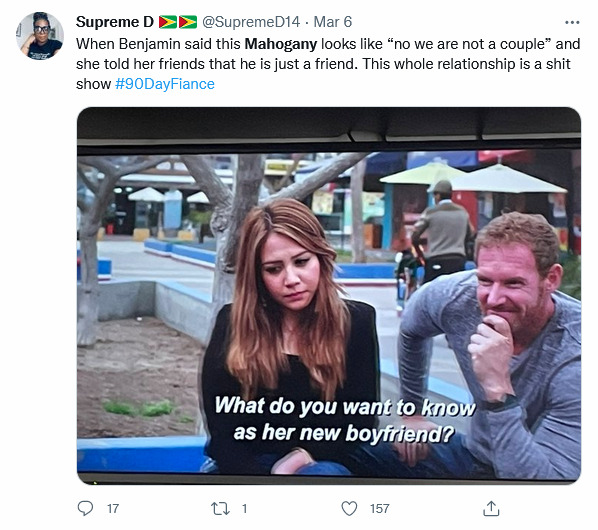 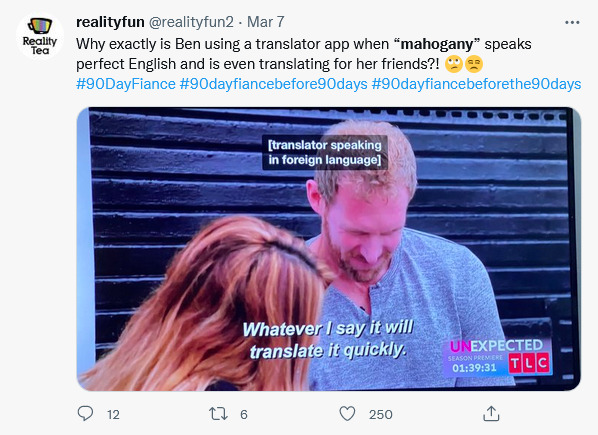 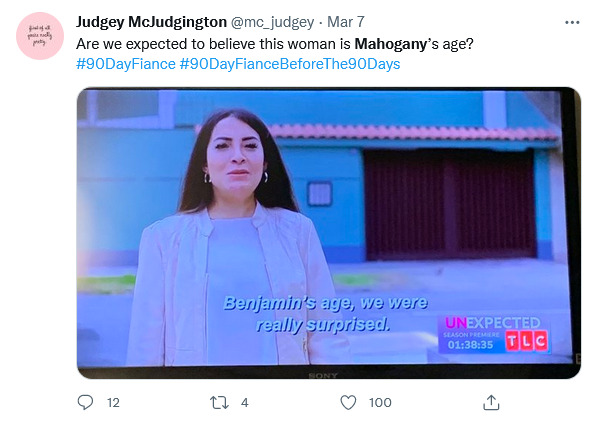 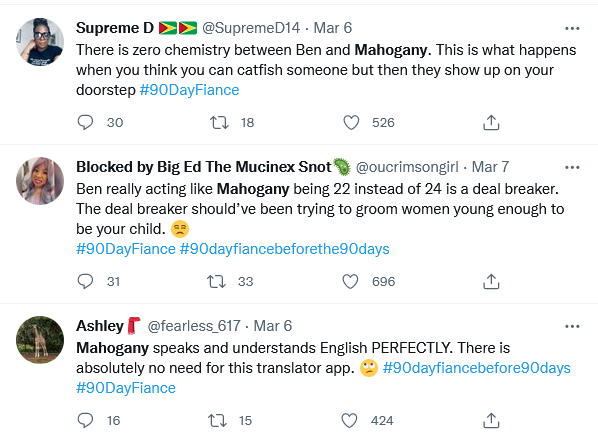 Tags
90 Day Fiancé
John Israel A Send an email 11 March 2022
Back to top button
Close
We use cookies on our website to give you the most relevant experience by remembering your preferences and repeat visits. By clicking “Accept All”, you consent to the use of ALL the cookies. However, you may visit "Cookie Settings" to provide a controlled consent.
Cookie SettingsAccept All
Manage Privacy