AKA claims he is the highest selling SA Hip Hop artist of all time, and he’s even got proof.

SA Hip Hop star, AKA is known to always list his many accomplishments. We have heard him make claims to be the biggest SA Hip Hop artist ever. This time, he’s doing more than just make claims, he’s got proof.

On Tuesday, December 15, the Mzansi rapper took to his Twitter page to post sells stats for some of his biggest songs which he revealed were collated by Sony and Vth Season. It shows that as at December 2020, DREAMWORKS had gone 53x Platinum, or 5x Diamond equating to 1,060,000 units.

While “All Eyes On Me” is 1x Diamond (390,000), “Levels” is officially a diamond album. He also shared more while revealing that it is all to thank his fans for the support. Check them all out in the tweets shared below. 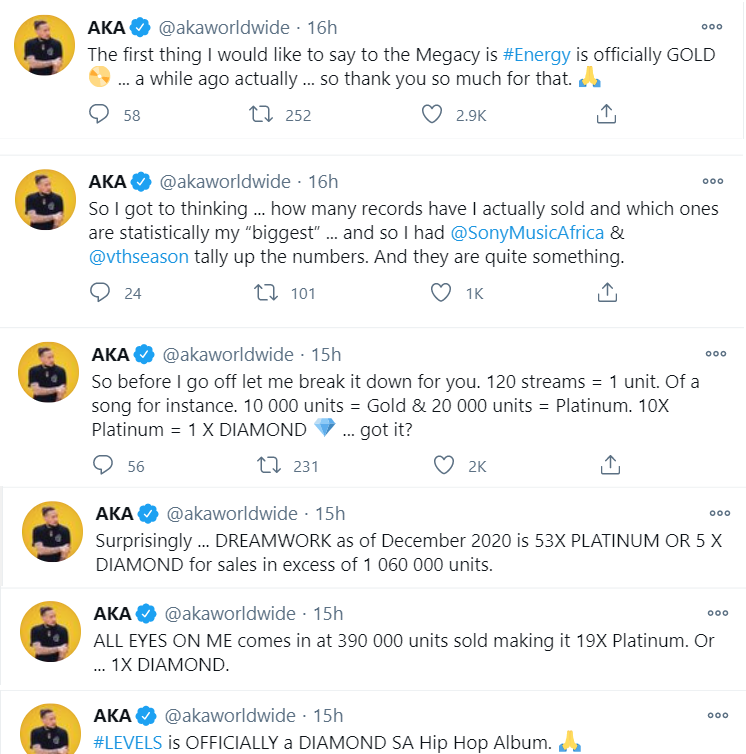 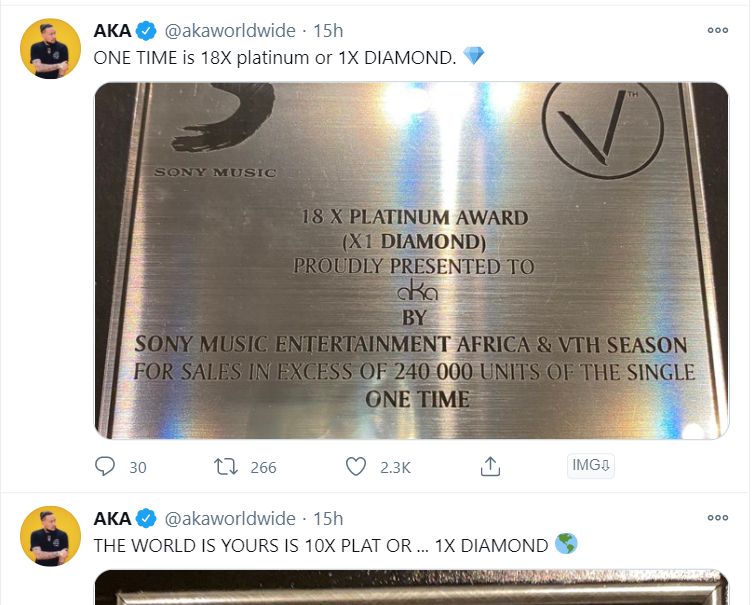 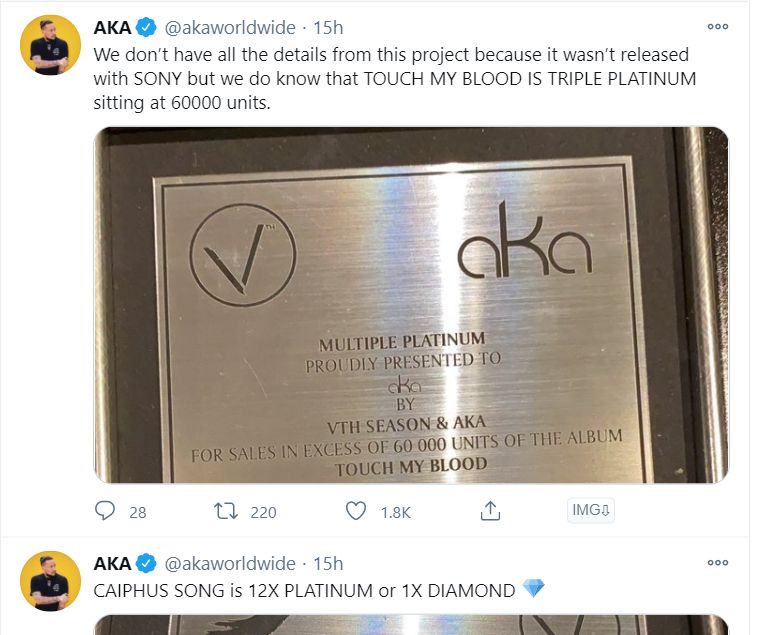