Big Brother Mzansi is nearing its conclusion, with just three weeks to go, and fans have remained faithful to the reality show, hyping their waves to win the coveted R2 million price.

Called The Ghost, Themba is being touted by his fans as the bloke who will walk him with the prize at the end of the show. Do ar, his fans appear to be among the loudest and the most confident, too. 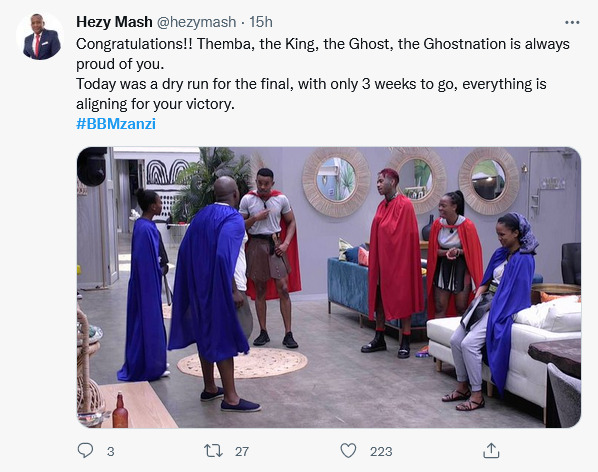 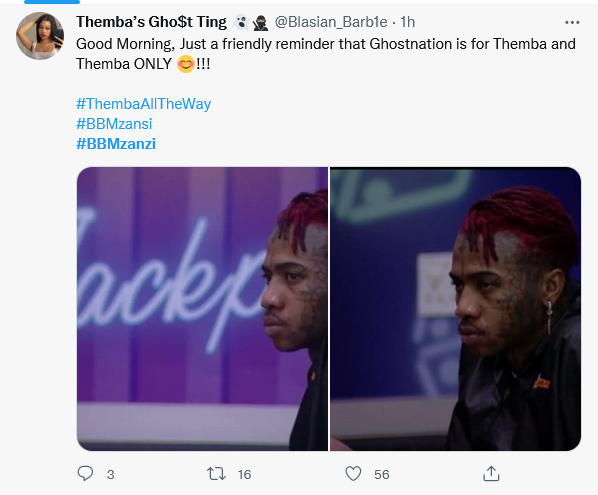 Gash1’s army doesn’t think the same, though. As far as they’re concerned, their man is the one who’ll walk home with the prize when season 3 of the reality show runs its course.

Tomorrow is eviction day, and his fans are confident he will not be swallowed by the waters of eviction. Some of his fans even think that That will be safe tomorrow but that Terry should be very much afraid. 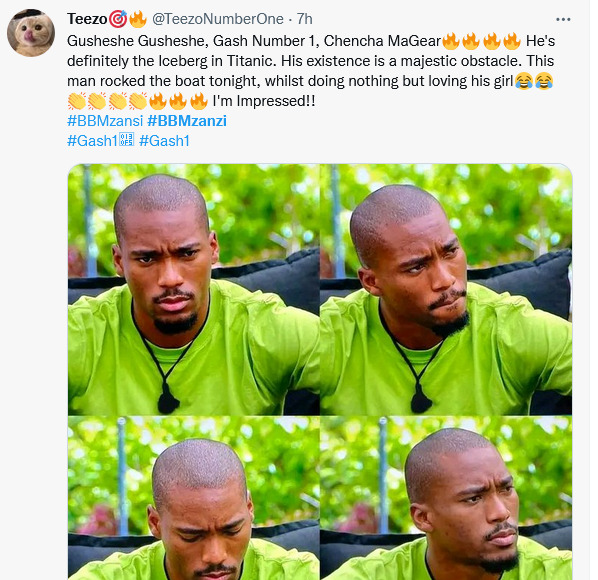 Terry appears to have riled some fans this past week because of what they consider her obsession with Gash1. Whether this will affect her continued stay in the Big Brother Mzansi house will be determined tomorrow – or soon after.

Currently in its second season, Big Brother Mzansi has been a hit with the South African audience and they just can’t have enough of the drama in Biggie’s house.

Tags
Big Brother Mzansi Gash1 Terry Themba
John Israel A Send an email 12 March 2022
Back to top button
Close
We use cookies on our website to give you the most relevant experience by remembering your preferences and repeat visits. By clicking “Accept All”, you consent to the use of ALL the cookies. However, you may visit "Cookie Settings" to provide a controlled consent.
Cookie SettingsAccept All
Manage Privacy