Dr Dre is set to lose millions as his wife, Nicole Young files for divorce after 24 years of marriage.

Popular American producer, Dr Dre is about to lose half his net worth to his wife of 24 years, Nicole Young. The story has been making rounds on the net and social media users have weighed in on it.

According to what we’ve seen, most are rejoicing about it. The veteran producer has been accused of abusing women. Although it has never been proven but the rumours have clung to him. According to a report by TMZ, Young filed for divorce citing the usual irreconcilable differences.

No one knows what went wrong between them but we hear she’ll be getting half of his $800 million dollar net worth. This is because they never signed a prenup. The couple got married while he was on the rise to stardom and have two children, Truise and Truly. We hear Nicole is also seeking spousal support as well. 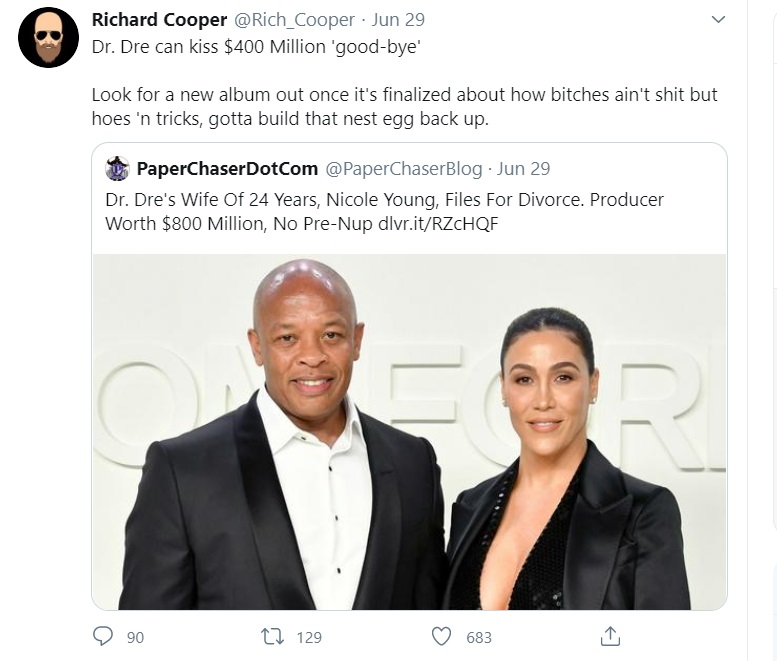 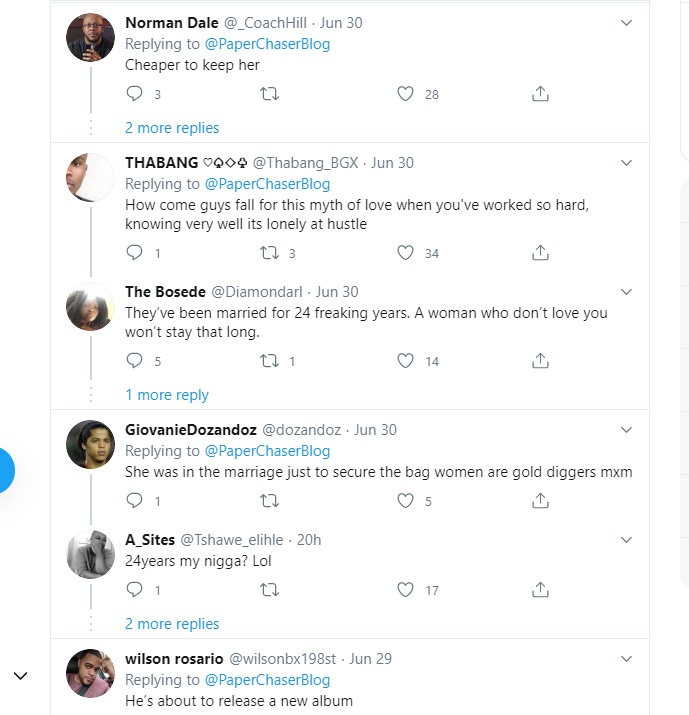 Tags
Dr. Dre
John Jabulani Send an email 1 July 2020
Back to top button
Close
We use cookies on our website to give you the most relevant experience by remembering your preferences and repeat visits. By clicking “Accept All”, you consent to the use of ALL the cookies. However, you may visit "Cookie Settings" to provide a controlled consent.
Cookie SettingsAccept All
Manage Privacy