South African R&B singer and songwriter, Elaine, has already become a household name as the most streamed female artist in South Africa, and now she’s introduced herself to the world by officially signing to Columbia Records.

Early this year, Spotify announced Elaine as their first South African RADAR artist – reinforcing its commitment to continue supporting Elaine’s music and help her deepen her connection to new and existing global audiences.

“A star is in the making right before our eyes and we at Spotify could not be prouder of Elaine’s early success. We will continue to journey with her towards an even bigger global audience as a new artist as part of our RADAR program,” says Phiona Okumu, Spotify’s Artist and Label Partnerships Manager for South Africa. 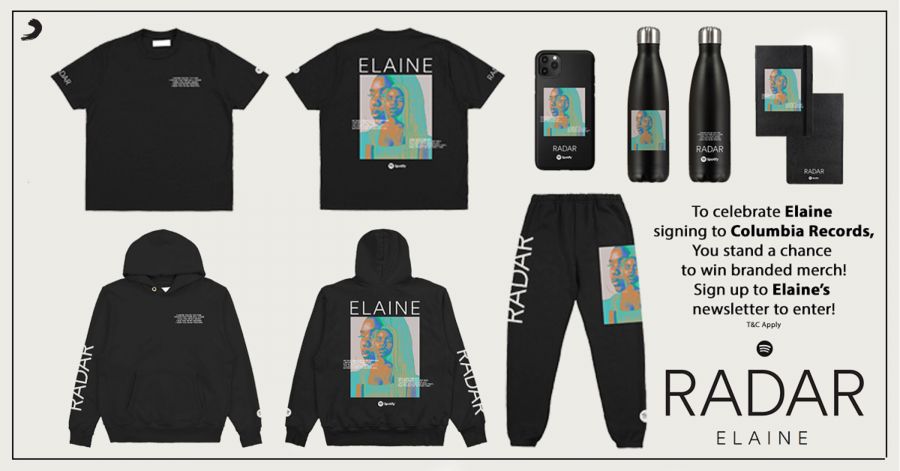 As Elaine continues to work on her debut major-label album that will discuss newfound independence and learning accountability, she aims to shed light on South Africa’s burgeoning music scene:

“I’ve got a completely different story to tell. I’m a representation of every African girl that doesn’t want to be boxed in.”