Y’all know what is resonating across the world right now? The voice of protest, of course. People are angry at the recent killing of George Floyd and other blacks, and they are advertising their anger in the streets: protesting.

George Floyd was a black man with some roots in the music industry. He died when the cop Derek Chauvin took a knee on his neck. His passing ignited anger among the humane, opening the issue of race relations and police brutality in America once again.

The protests in George Floyd’s memory have been pretty loud in the United States, and rapidly spreading across the world. The rapper LL Cool J released a video of protest  and condemnation days back. In that video, the songster gave the police the finger while amplifying the advocacy Black Lives Matter. 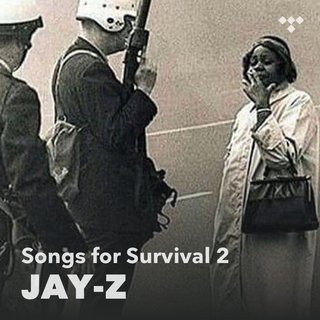 Rap icon Jay-Z has just made it to the protest circuit as well, with a playlist entitled “Songs For Survival 2.” This compilation features songs by some famous voices in world music, living and dead.

Tupac, Jay Electronica, James Brown, Nina Symone and Jay-Z himself are on the “Songs For Survival 2” playlist.

Tags
Jay-Z
John Israel A Send an email 4 June 2020
Back to top button
Close
We use cookies on our website to give you the most relevant experience by remembering your preferences and repeat visits. By clicking “Accept All”, you consent to the use of ALL the cookies. However, you may visit "Cookie Settings" to provide a controlled consent.
Cookie SettingsAccept All
Manage Privacy