Muso Kabelo Motha, who goes by the stage name of Kabza De Small, is one of the happiest artistes in town right now, as he literally broke records with his latest album, “I Am The King Of Amapiano (Sweet and Dust).”

This 27-track body of work was greeted was near instant acclaim when it was released on 26 June 2020. 26 of the 27 tracks made it to Apple Music’s Top 30 Chart. Ultimately this makes him the first South African artiste to achieve this feat.

This is especially significant as the “Condom” crooner hasn’t broken any previous records. Does this record affirm his self-acclaimed position of King of Amapiano, a position held by many in the industry?

His compatriot and fellow amapiano hitmaker De Mthuda wouldn’t agree, though. De Mthuda insists there is no king of amapiano just yet, and he is apparently prepared to prove this by releasing a new body of work titled “There Is No King.”

Well, whatever he releases, there’s no denying Kabza De Small now occupies a spot in the universe of Mzansi’s amapiano aristocracy. 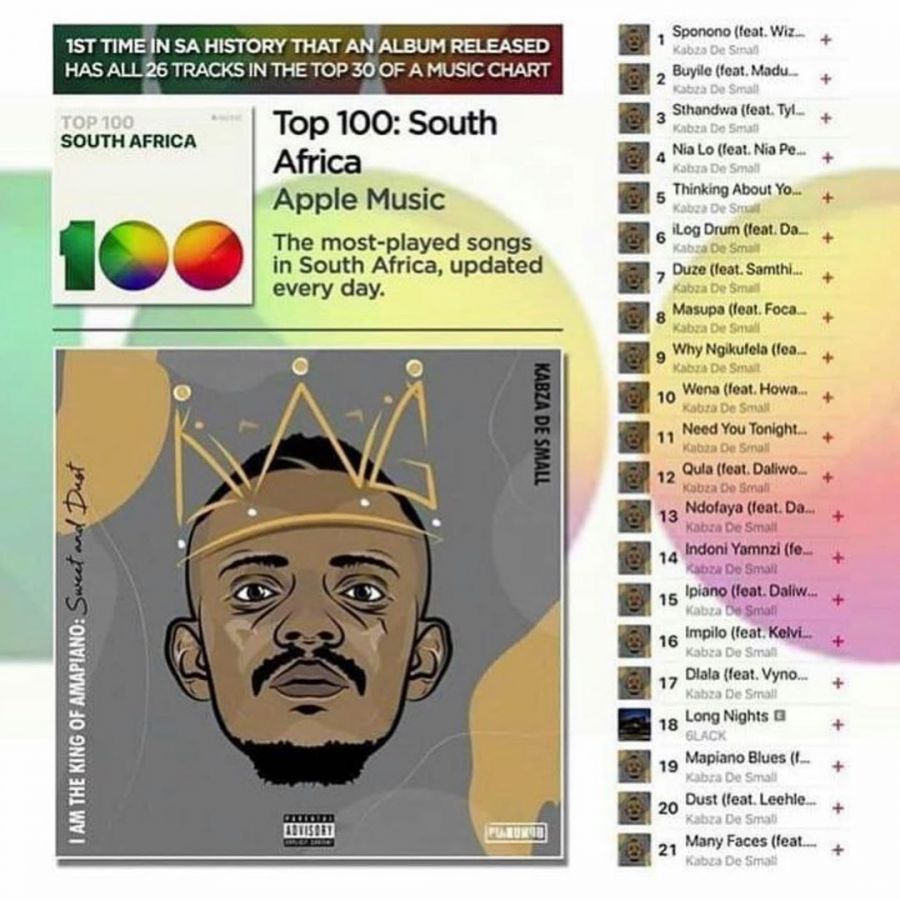 What do you think of Kabza De Small’s recent milestone? You may want to join the conversation by dropping your thoughts in the comment section below.