Killer Kau might be dead, but he continues to live in the memories of those who love him, his associates, and those whose lives he impacted. And that includes music producer DJ Euphonik.

In a recent tweet, Euphonik had shared a clip of him and Killer Kau together. According to him, the clip was taken in 2017, in the early hours of the morning. He described life as unfair.

Killer Kau, one of the notable voices in South Africa’s amapiano space, had perished alongside five others in an accident while heading to a gig. Most of the dead are musicians in the amapiano genre. It was the biggest loss the genre had experienced at the same time.

Months may have passed since the tragic accident. But as should be obvious from Euphonik’s post, and the responses to it, the amapiano muso is still very fresh in the hearts of many in South Africa. You can check out the clip below. 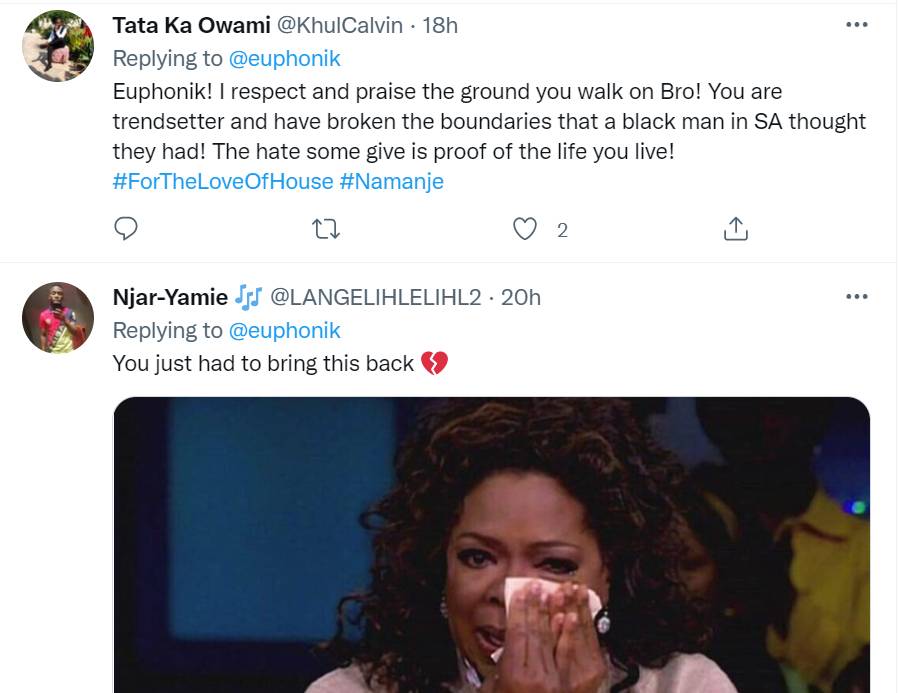 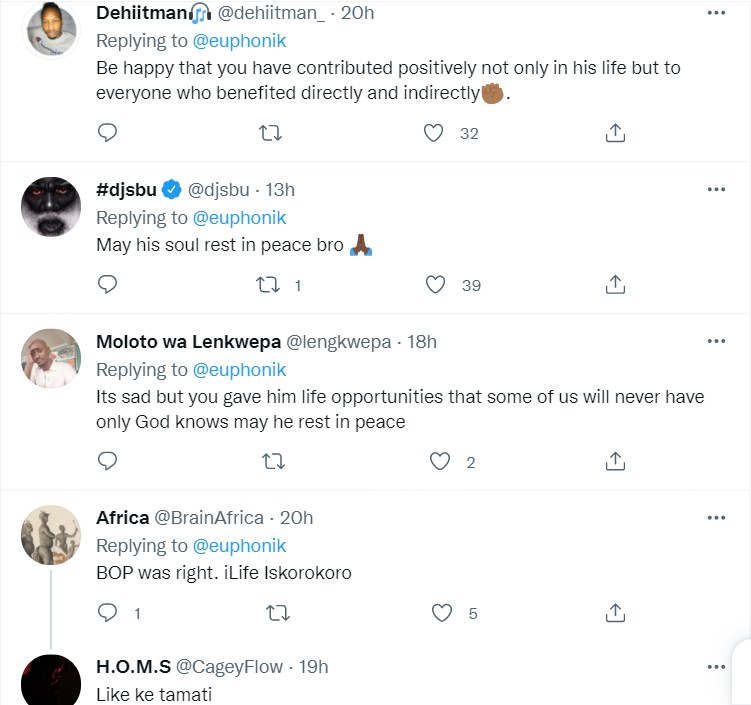 By the way, amapiano DJ Lady Du had memorialized Killer Kau, alongside Mpura, by getting a new tattoo on her wrist. She had also delivered a deeply moving tribute during Mpura’s funeral.

Tags
Euphonik Killer Kau
John Israel A Send an email 2 November 2021
Back to top button
Close
We use cookies on our website to give you the most relevant experience by remembering your preferences and repeat visits. By clicking “Accept All”, you consent to the use of ALL the cookies. However, you may visit "Cookie Settings" to provide a controlled consent.
Cookie SettingsAccept All
Manage Privacy