Just when we thought we were over diss tracks, Ghost Hlubi went and dropped one. Of course, everyone’s expectations were that the person he was aiming at (being Lucasraps) would reply in kind. Instead, that’s not happening because the Durban star is taking the high road.

Undeniably one of the most sort after rappers in the country right now, Lucasraps knows exactly what his brand needs. He responded to the track in a tweet saying that he finds it a bit degrading to his brand replying the diss.

He only tweeted about it so his supporters would not expect a reply. Lucasraps previous stated in an interview with SlikourOnLife that he always avoids doing this that would pose a negative impact on the people who look up to him. 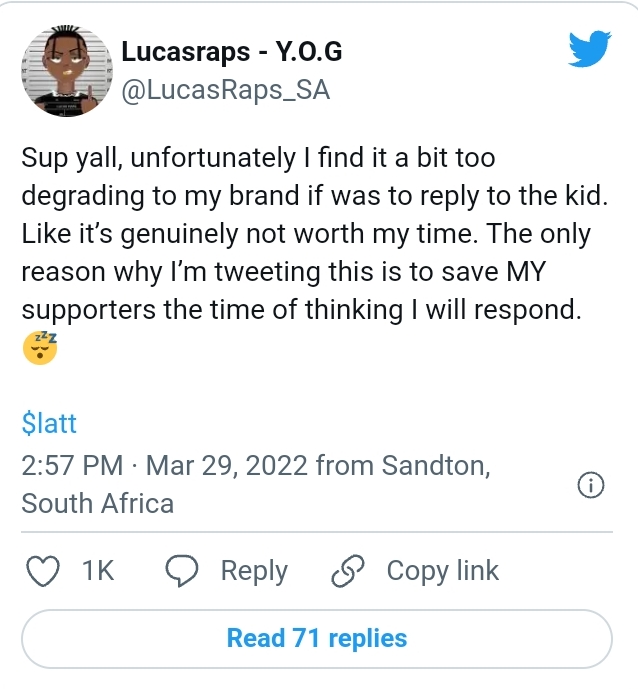 Tags
Lucasraps
John Jabulani Send an email 30 March 2022
Back to top button
Close
We use cookies on our website to give you the most relevant experience by remembering your preferences and repeat visits. By clicking “Accept All”, you consent to the use of ALL the cookies. However, you may visit "Cookie Settings" to provide a controlled consent.
Cookie SettingsAccept All
Manage Privacy