Mzansi DJ and producer Master KG wins the “Male Artist Of The Year Award” and the VN Awards 2021.

The plaques keep coming, and Master KG keeps getting bigger. First, the talented hitmaker dominated the year and the airwaves with his game-changing “Jerusalema” featuring Nomcebo Zikode. KG has since bagged so many international and local awards.

The talented hitmaker has also dropped the “Jerusalema” album and worked with other local hitmakers and international stars like Burna Boy, David Guetta and Akon. Still killing it, the “Skeleton Move” star recently bagged a new award at the VN Awards 2021.

He reportedly won the “Best Male Artist Of The Year Award” at the streaming platform’s event. Other winners include Kamo Mphela, who took home the “Female Artist of the Year Award”, Ayden Croi, Abo Booi, Siphesihle Ndaba and more. We hear he’s in the studio with Nkosazana. We can’t wait to hear what he drops next. 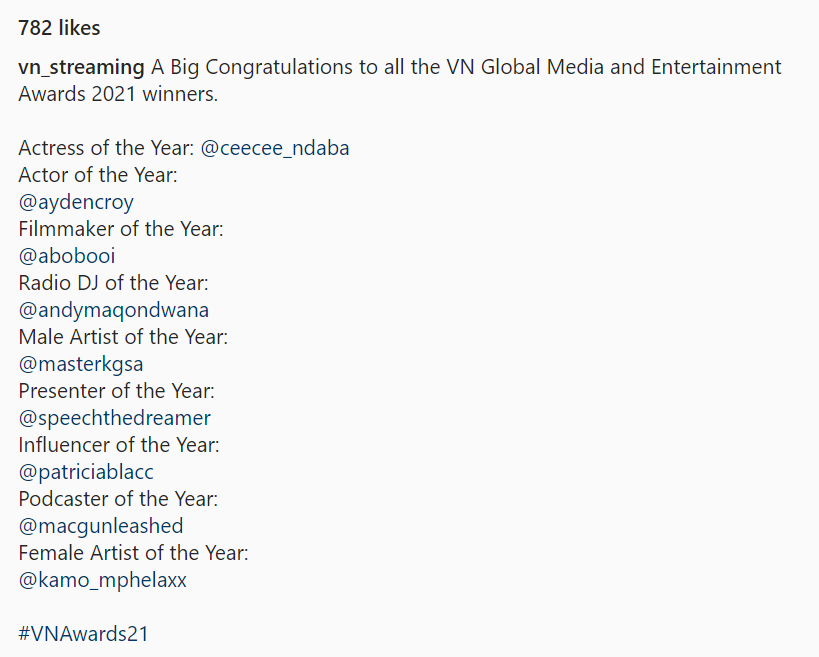 Tags
Master KG VN Awards
John Jabulani Send an email 2 November 2021
Back to top button
Close
We use cookies on our website to give you the most relevant experience by remembering your preferences and repeat visits. By clicking “Accept All”, you consent to the use of ALL the cookies. However, you may visit "Cookie Settings" to provide a controlled consent.
Cookie SettingsAccept All
Manage Privacy