On almost every reality show out there, opinions are usually divided among viewers. That’s precisely the case with MasterChefSA, a South African version of a reality show that has been airing for a while.

About one of the cooks on the show, 32-year-old Andriette, opinions have been sorely divided. Some viewers are sceptical that she made it this far when she should have been eliminated a long time ago.

One particularly irritated fan even went as far as to say that she was judged on a different set of criteria. Did Andriette not almost set the kitchen on fire?

While some viewers appear unimpressed with her, others have hailed her and the spirit that had brought her this far. She was thought to have been previously unemployed and then had snapped a spot on the reality show, putting her before a national audience.

When it was time to name the winner of the season’s finale, though, her name wasn’t what was called. She had made it to the final with Shawn and Tarryn.

And Shawn was the winner. One up for the boys! You can check out what viewers are saying about Andiette and the reality show below. For Andriette, she’s made her point. 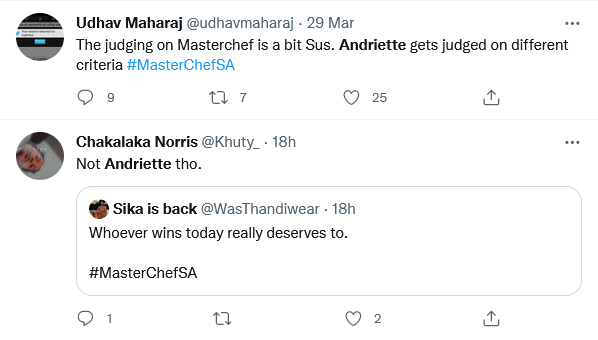 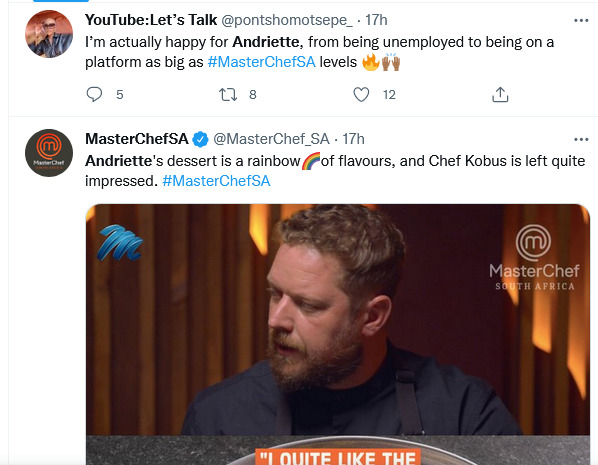 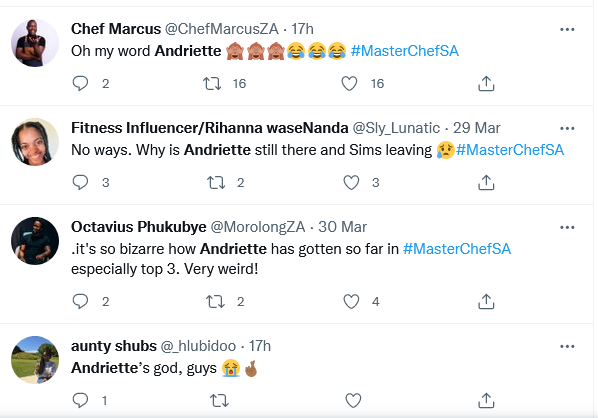 Tags
#MasterChefSA Andriëtte Druppel
John Israel A Send an email 1 April 2022
Back to top button
Close
We use cookies on our website to give you the most relevant experience by remembering your preferences and repeat visits. By clicking “Accept All”, you consent to the use of ALL the cookies. However, you may visit "Cookie Settings" to provide a controlled consent.
Cookie SettingsAccept All
Manage Privacy