It may have been months since Mthinay Tsunam treated fans to a song, but then the songster hasn’t been sleeping. He has apparently been working on a song and is set to release it.

On Instagram a day ago, Mthinay Tsunam announced he will be releasing a new song titled “Revenge.” The date for the release, according to him, is next week Monday – that should be Monday 24 August.

The announcement has provoked a Tsunam(i) of excitement among the champ’s fans, as evident in the endless emojis released as replies to the post. 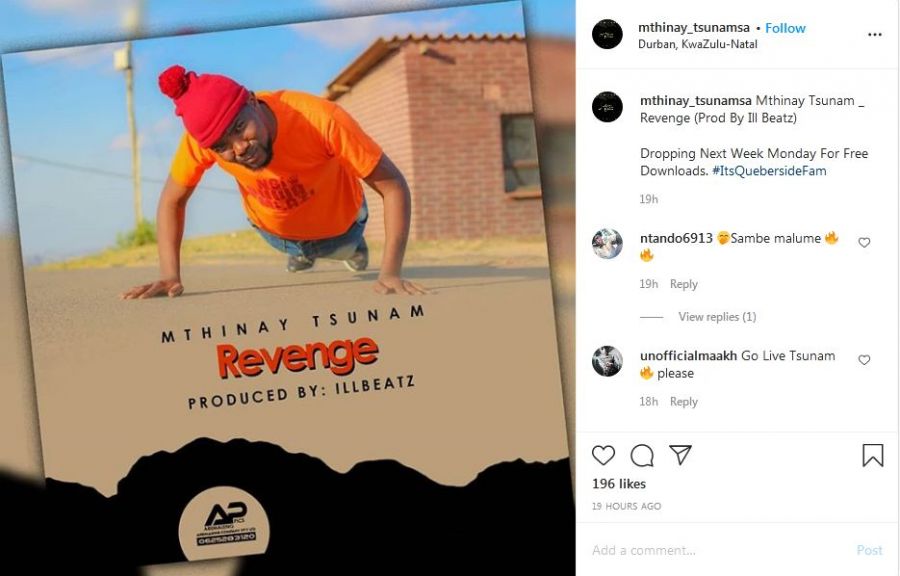 “Revenge” is an intriguing title. But will the song be as intriguing as the title? You gotta keep a date with us, peeps, by following us on social media and by subscribing to our newsfeed.

In the interim, you might wish to vibe with Mthinay Tsunam’s previous number, “100 Barz,” or check out his top 10 songs as we know them.