Prince Kaybee has cheated and been cheated on as well. But it appears like when he was cheated on, he struggled to get over it but was delivered by his expensive ride.

It was in the middle of the night when he discovered that his then-girlfriend (unnamed) was cheating on him. He said he woke her up to confirm the infidelity. Thereafter he’d driven into the dawn.

It was 2 a.m. but the “Fetch Your Life” star didn’t mind. He drove until it was daybreak.

His post on what it felt like to be cheated on, as well as how he handled it, elicited mixed reactions from his fans and other Twitter users. Some sympathized with him over the infidelity.

Others wanted to know the name of the girl who had cheated on him, and yet others asked how he felt to have cheated on his current girlfriend Zola Zeelovin. To this category of peeps, the muso has no answer. 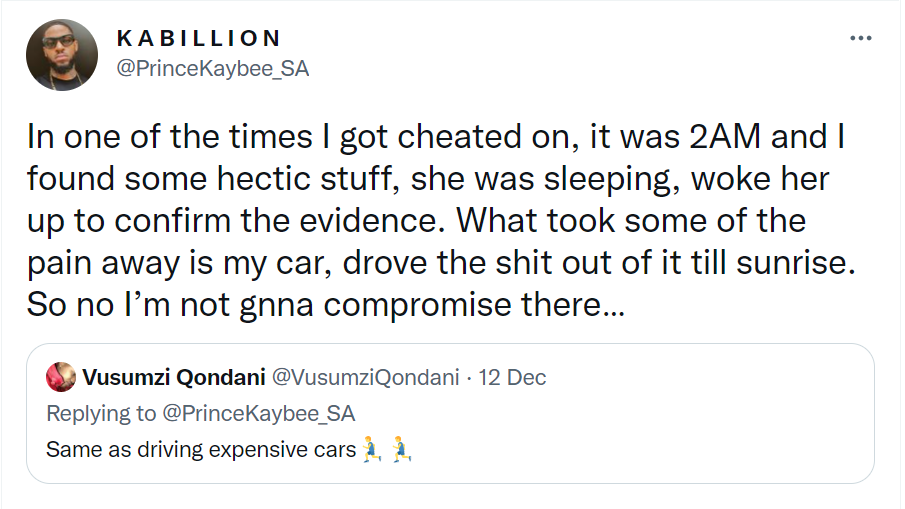 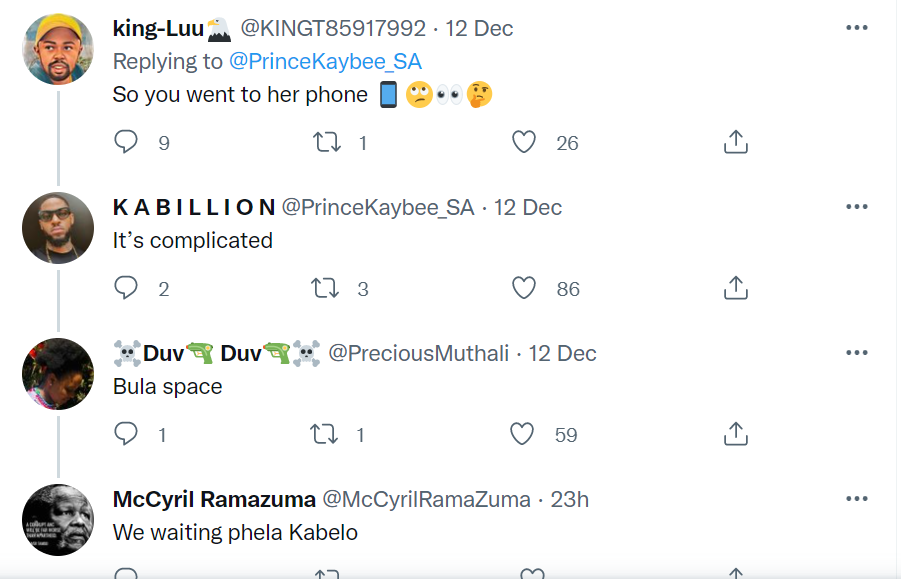 Prince Kaybee trended months ago when a former flame shared a picture of his manhood. It led to a little friction in his relationship with Zola Zeelovin. But as Prince Kaybee would reveal later, they emerged from it stronger, after he publicly apologized.

Tags
Prince Kaybee
John Israel A Send an email 13 December 2021
Back to top button
Close
We use cookies on our website to give you the most relevant experience by remembering your preferences and repeat visits. By clicking “Accept All”, you consent to the use of ALL the cookies. However, you may visit "Cookie Settings" to provide a controlled consent.
Cookie SettingsAccept All
Manage Privacy